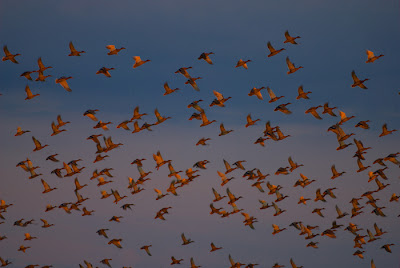 Heretofore, the trade network has pretty much been a summer phenomenon. I didn't think there was much going on in the winter. Why on earth didn't I think of hunters before?

A nice man from my church is giving us a few ducks in exchange for some of my sourdough rolls. I told him it seems like the trade is heavily skewed in my favor, but he said "not really," stuffing another roll into his mouth, "I'm always trying to offload ducks this time of year."
The church is shaping up to be a great boost to the trade network - of course that's not the only reason I go (Hi Pastor!!). I'm finally meeting so many of my neighbors. They are wonderful people and I'd be glad to know them in any case, but it's nice that the trade network benefits too. For example, it hadn't occurred to me before to trade equipment, but Mr. B down the road asked if he could borrow the apple press last month. Normally I don't lend it out, but he's a trustworthy, capable soul and a neighbor, so I said okay. Of course he brought it back safe and sound, along with a few gallons of cider. He even made a minor repair on it that I'd been bugging Homero to do. And, several weeks later, when we desperately needed to borrow a flatbed trailer, he obliged.
This kind of thing goes beyond the trade network, of course. It's that quaint old fashioned concept - neighborliness.
Funny I just realized that. Man, I feel ashamed of myself. I've been thinking all this time in terms of "the trade network," and how my family can benefit and save money. Not entirely selfishly of course; I've also thought in terms of the benefit to the environment and to local farmers of buying local... but I haven't, until now, just thought about what it means to be a neighbor.
Lending a hand just because that's what neighbors do, not as part of a semi-formal this-for-that arrangement. Dropping off a load of apples or a few ducks just because you have extra and your neighbor might like some. Stopping off to see how they are or if they need help with a project.
Homero has been offered help with his shop several times already.
I should go see Mrs. B. I know she hasn't been well.

I think there are a couple of generations that have skipped over the neighborliness as you put it. Not through any fault of their own but because we were living in a different kind of world. Its so great to see that this is making a comeback just like bartering is.So keep being neighborly and the rewards are boundless.

You know DiElla, I'm sure you're right. All the people I mentioned are of my parent's or even my grandparent's generation. And of course, they are country people born and raised, and I'm a transplanted city-chick.

I am thankful for the short walk to school, in order to meet my neighbours, but I envy your "neighbourhood" where people can visit and share... I guess that if I slowed down the pace a bit, I may have opportunity, too, to be more "neighbourly", even in the middle of the city.

I have found the neighborliness out here to be just about my favorite part of moving here. As you know we had a neighbor spend all day with his tractor building us a road to get the water truck back to our tanks (he rufused any pay) we also had a neighbor stop by last winter because he noticed our chimney wasn't smoking and wondering if he could give us wood, another neighbor came by every other day for a few weeks last winter to snowplow our driveway without ever being asked, marcus braight water every week to our neighbors down the street when their well went dry in July and didn't get water till late sept, the list goes on and on and we haven't yet lived here 2yrs! I'm glad you're ginginv the same kind of community up there that I've been blessed with here. It's nice.