For my records: all four baby bucklings have been sold, surprisingly. Usually, bucklings are hard to sell. The four were sold for an aggregate of $375. Also, Bunny and Ombré, last year’s doelings that didn’t catch pregnant this year, have been sold for $75 each. That’s awfully cheap for does, but these are an unuseful cross breed between Nubian and Nigierian. They are short and will not be good milkers. Basically good for only meat or weed-control. The gentleman who bought them said he wanted them to eat blackberries, but I suspect they will probably end up as food. That’s okay, as long as they are well treated in the meantime.

Still for sale are this year’s three doelings. I’m asking $150, willing to bargain. I have no idea what to do with them if nobody wants them. I’m trying to get rid of many goats as possible because we will be in Oaxaca most of the summer and I don’t want to overburden the pasture.
In any case: proceeds so far this year from animal sale:
Sale of live goats: $525
Sale of processed pork: $400
Total: $925
Not too shabby.

Posted by Aimee at 5:16 PM 0 comments Links to this post 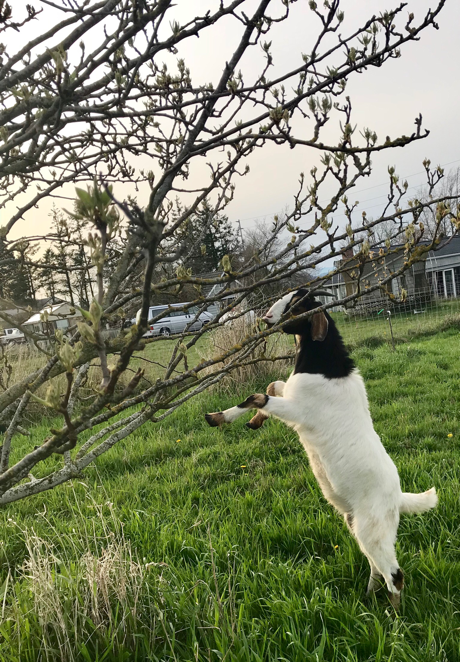 Bunny needs to be beaten off the fruit trees. 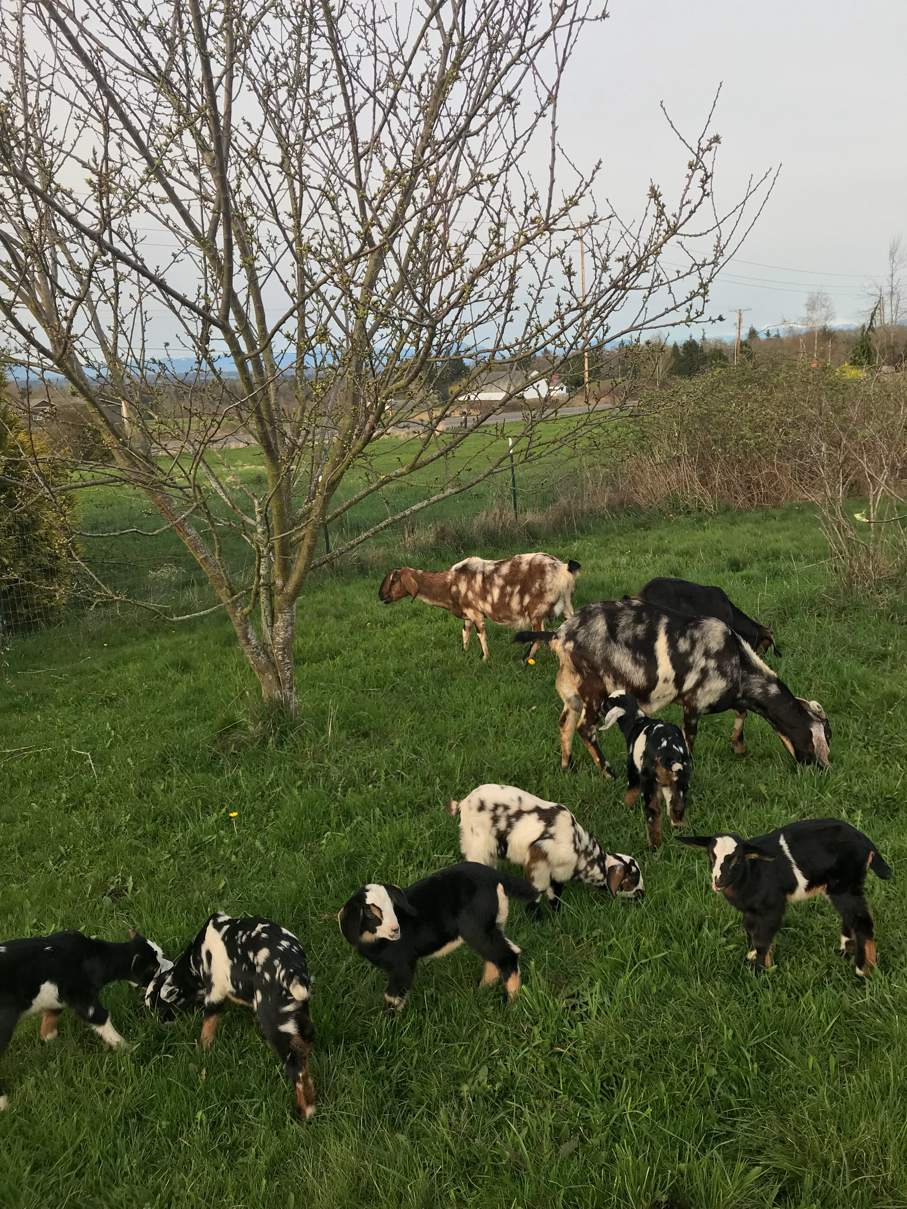 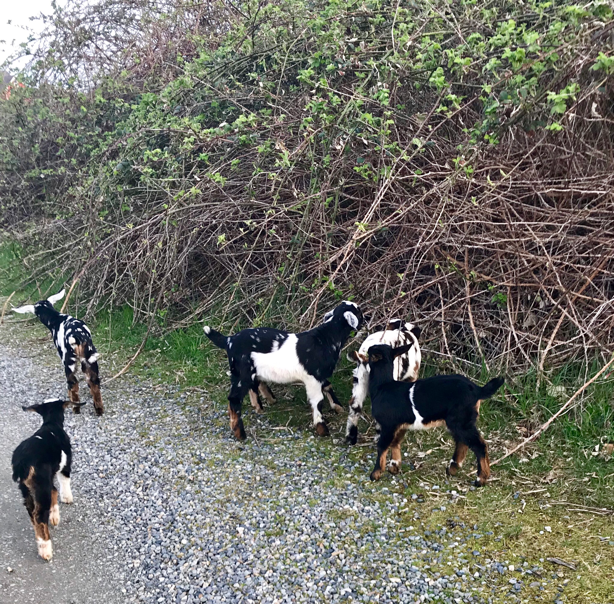 The babies are learning what’s good to eat (blackberries! Yum!). 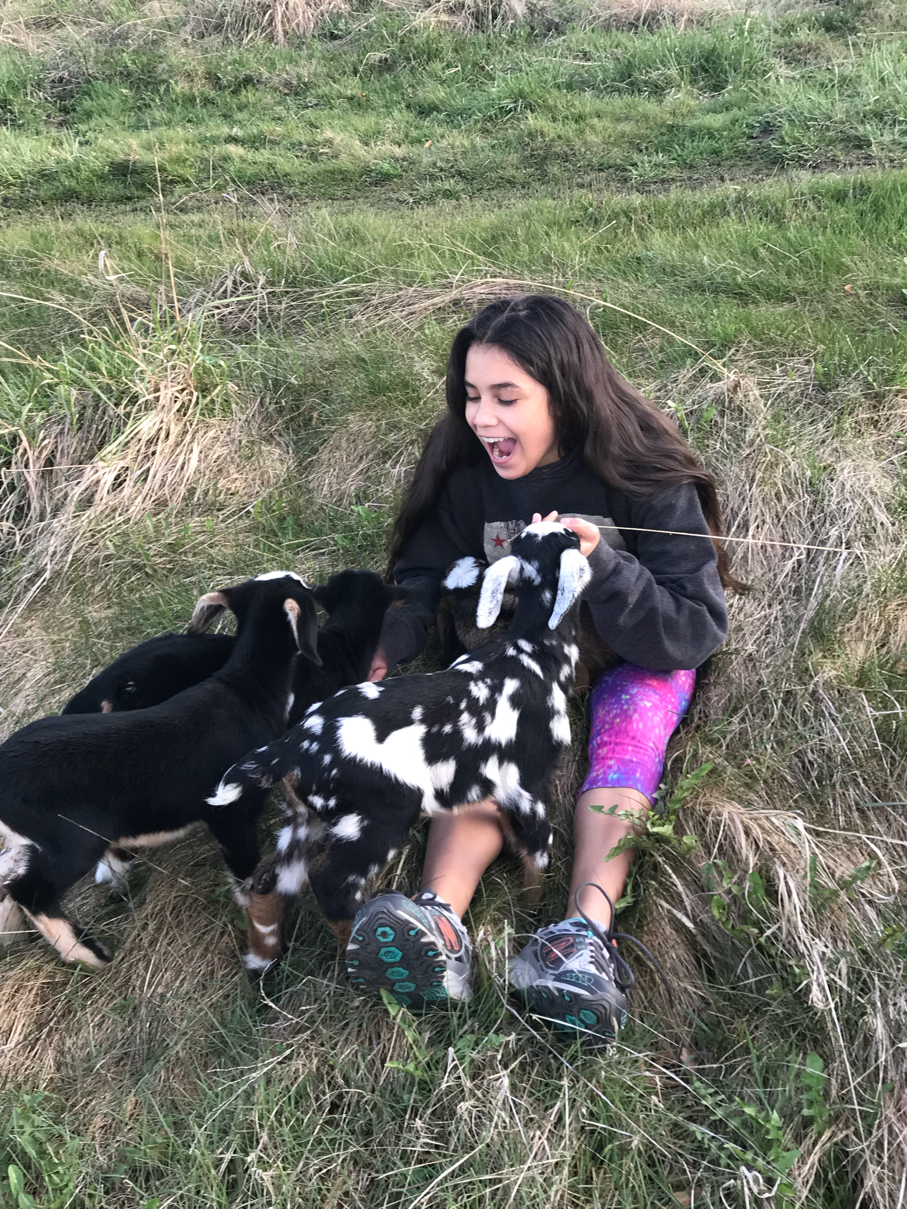 Posted by Aimee at 6:50 PM 0 comments Links to this post