Posted by Aimee at 2:06 PM 0 comments Links to this post 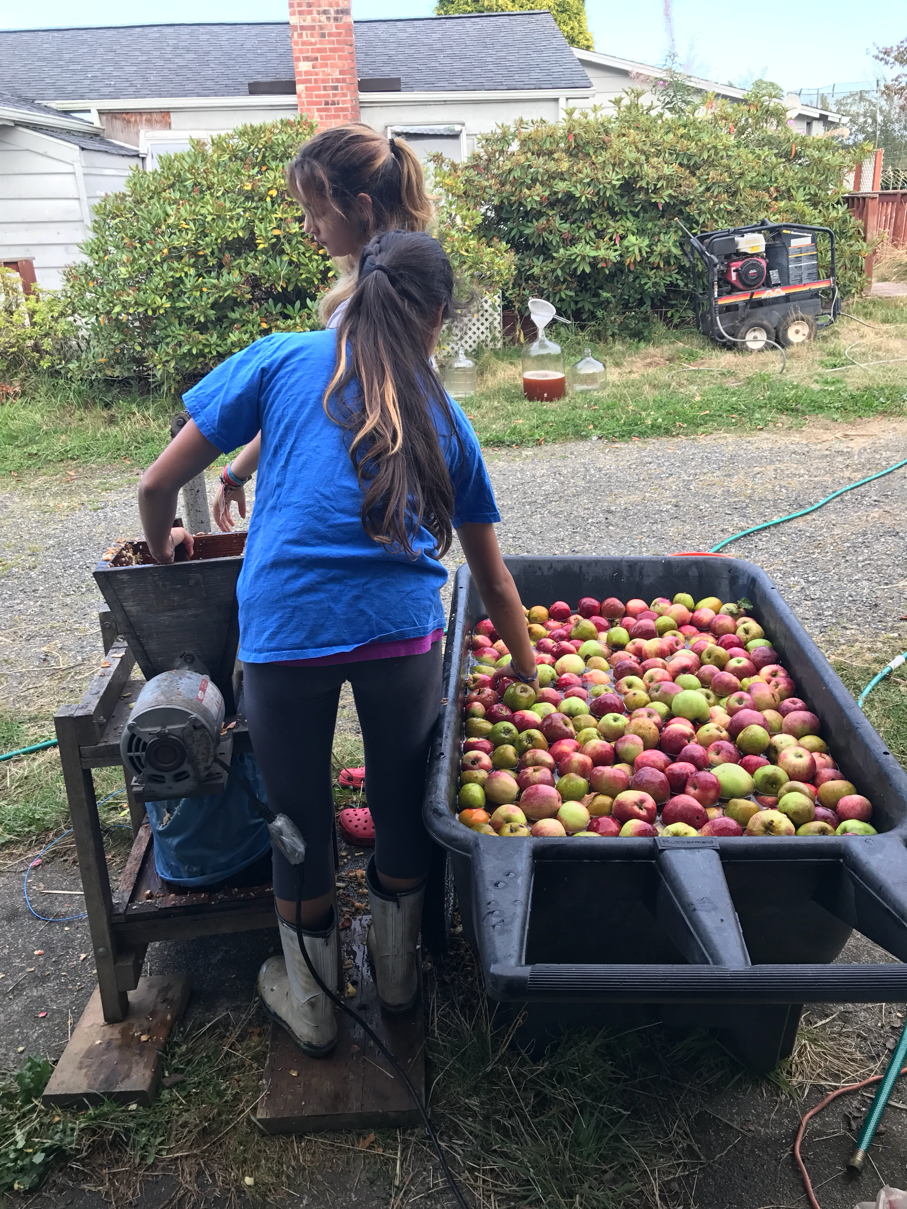 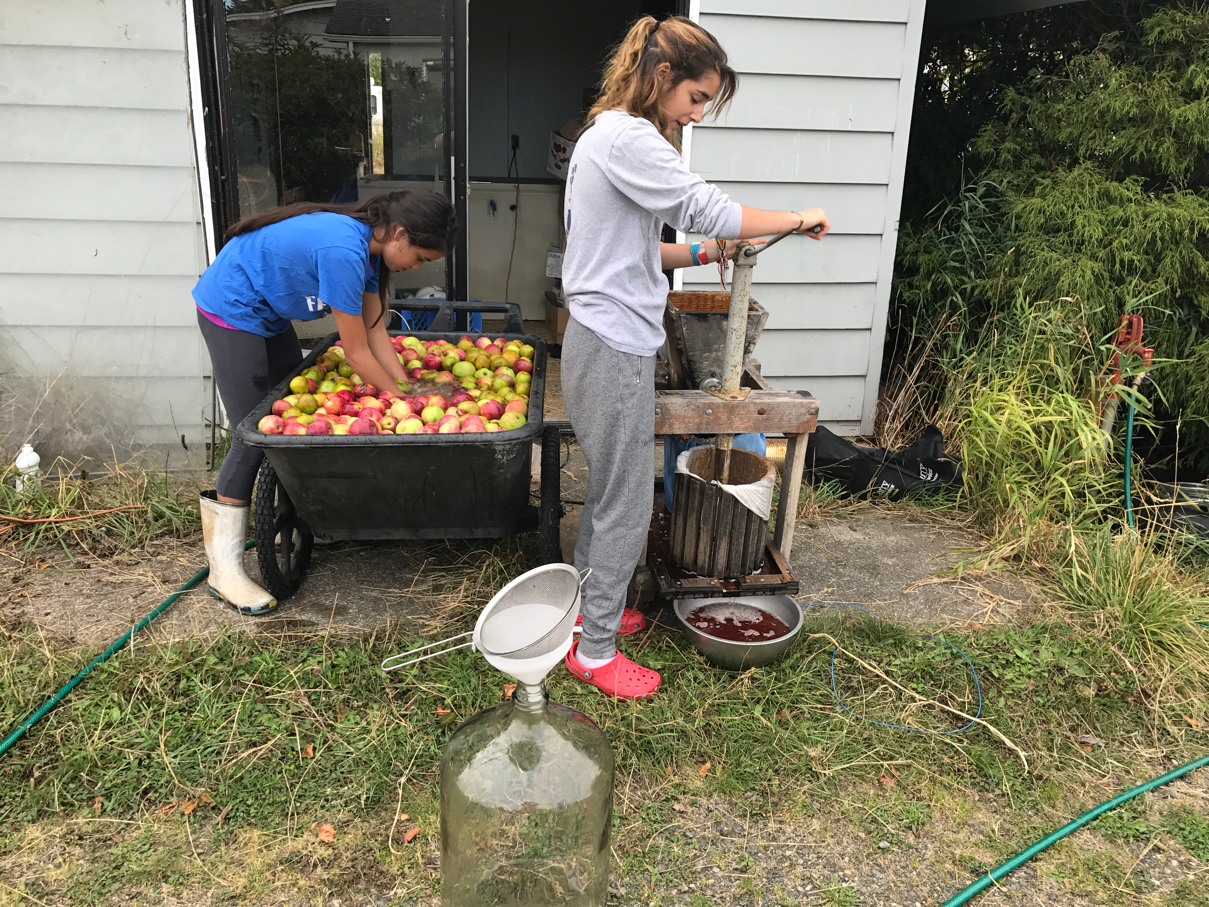 Posted by Aimee at 9:05 PM 0 comments Links to this post 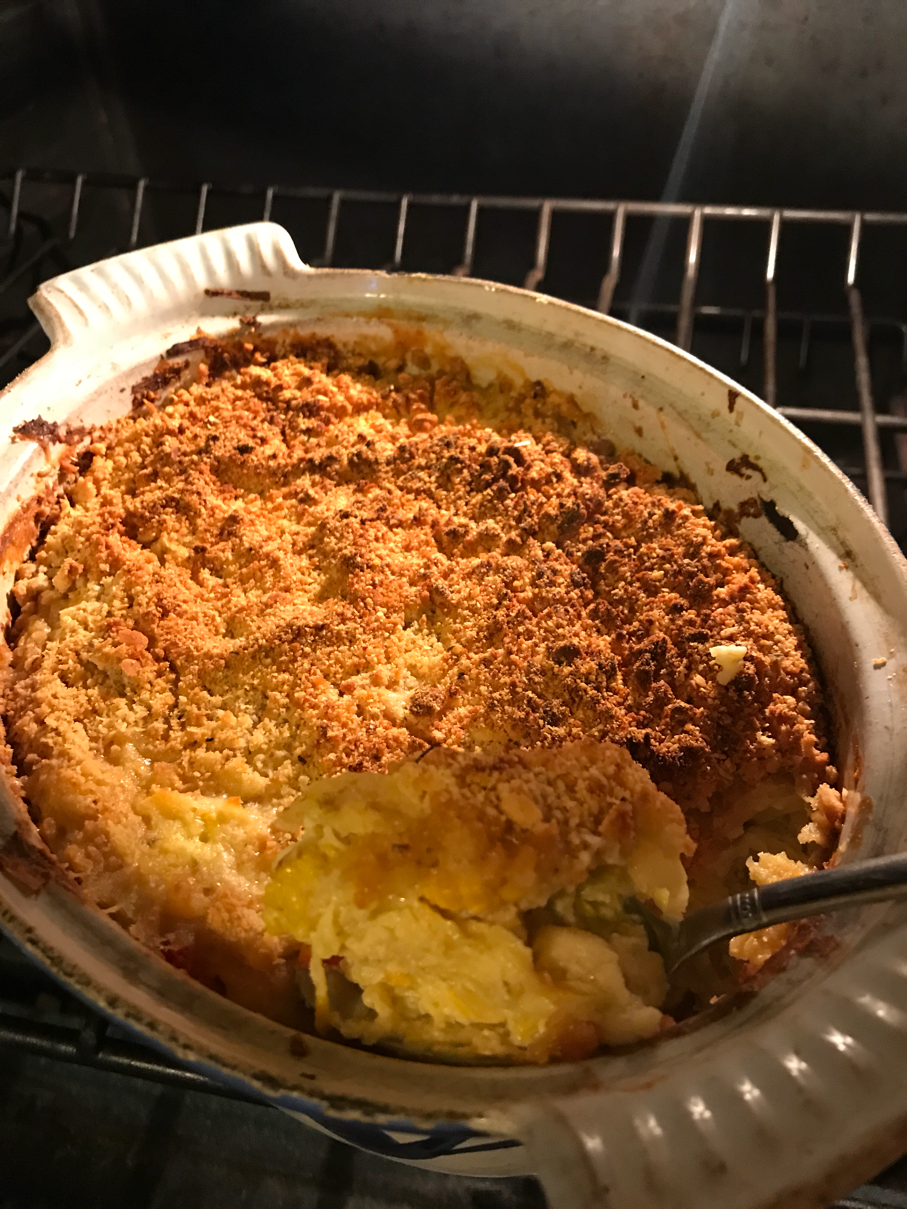 Although I did not plant any squash this year, the squash has arrived as usual. My neighbor - he of the Hotel-Sized-House (HSH) - planted enough squash for the both of us. And then some. Every few days, we meet at the fence line and I give him a couple dozen eggs or a half gallon of goat milk and he gives me a box of produce. The last box had some potatoes and onions, twenty or so tomatoes, and eight big yellow crookneck squash.
I've been putting squash in just about everything lately - chicken soup, Mexican rice, scrambled eggs. Nonetheless, the squash piles up. So I went looking for an application that would use up larger quantities. After perusing my cookbook collection and consulting Epicurious, I decided on a yellow squash casserole. I'd never made anything like it before, but it sounded good and it would use up at least two yellow squash. There were several recipes to choose from, but none of them exactly fitted what I had in mind, so I decided to do an experiment. I wanted something like a soufflé and something like a gratin.
An aside. One of the nice things about being a lady of a certain age - and lord knows the pleasures are few - is that I have accumulated enough skill at a number of endeavors that I need not follow someone else's instructions, but can imagine what I want to create and be reasonably certain that I can in fact accomplish my vision. Sometimes there are failures - of course there are - but sometimes there are beautiful minor triumphs.
Today's experiment was a success. Actually, it turned out so good that I might make the same thing even when we are not inundated with squash. I might actually BUY squash to be able to make this dish. Here's a recipe.
-Preheat oven to 350
-Make a simple bechemel sauce (about two cups - from two tablespoons butter, equal volume flour, and about two cups milk. I used fresh goats' milk) seasoned with plenty of garlic and fresh ground pepper
-Grate enough yellow squash on the large holes of a box grater to make 4 cups of grated squash.
- in a large mixing bowl, mix grated squash, one half of a minced yellow onion, three eggs, and the (cooled) bechemel
sauce.
- blend in one cup (give or take) grated pepper jack cheese
-scrape mixture into a deep casserole dish.
- top with a mixture of fresh bread crumbs, Parmesan cheese, and oregano.
-bake in a 350 degree oven (covered) for approximately 30 minutes. Uncover and raise heat to 400 to brown the crumbs.
Serve with a green salad and some sort of starch - pasta or rice.

Posted by Aimee at 7:06 PM 0 comments Links to this post 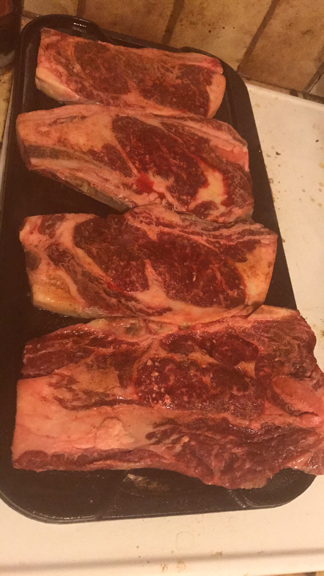 Summer is drawing to a close - not that you'd know it by the weather. Today, September first, it was 85 degrees and sunny. This is something like our fiftieth day without measurable rain. The forecast continues dry and hot as far as the weather-people can see into the future.
But the calendar is implacable. School starts this Tuesday, no matter the forecast. It's time and past time to get the kids new school shoes and jackets; to mow the last scraggly weeds; to shake off summer's languor and impose something like a schedule again.
It's also time, more pleasantly, to eat up the meat in the freezer. Last week Mr. B., my neighbor, asked us if we'd be wanting to buy a side of beef this year again, and I said we sure would. Last fall, due to a silly series of miscommunications, we ended up buying a ridiculous quantity of beef - three quarters of a big fat steer, much more than we needed. Quite a bit of it is still in the freezer and needs to be devoured ASAP to make room.
Today I thawed a package of rib steaks. A favorite cut of mine, they are heavily marbled and carry a thick rim of fat around the edges. If you aren't used to grass fed beef, you might be thinking "yuck, fat." I assure you that the succulent, yellow, flavorful fat of a grass fed and grass finished beeve is nothing like the pale rubbery fat on a factory farmed animal.
These steaks don't need much. After thawing, I liberally sprinkled them with salt, pepper, and garlic powder, and laid them on a big cast iron griddle slicked with quality olive oil and got out of the way. Flip after six or seven minutes and give the other side a sear. My husband likes his steaks medium well and I like mine medium rare, so I take mine off a few minutes early and let it rest while his continues to cook.
As an accompaniment I boiled a half dozen yellow potatoes, and smashed them with a couple tablespoons of butter, a teaspoon of whole grain mustard, a spoonful of mayonnaise, salt, pepper, and a generous amount of minced parsley. A cold beer after a hot day's work rounds out the meal.

Posted by Aimee at 10:11 PM 0 comments Links to this post