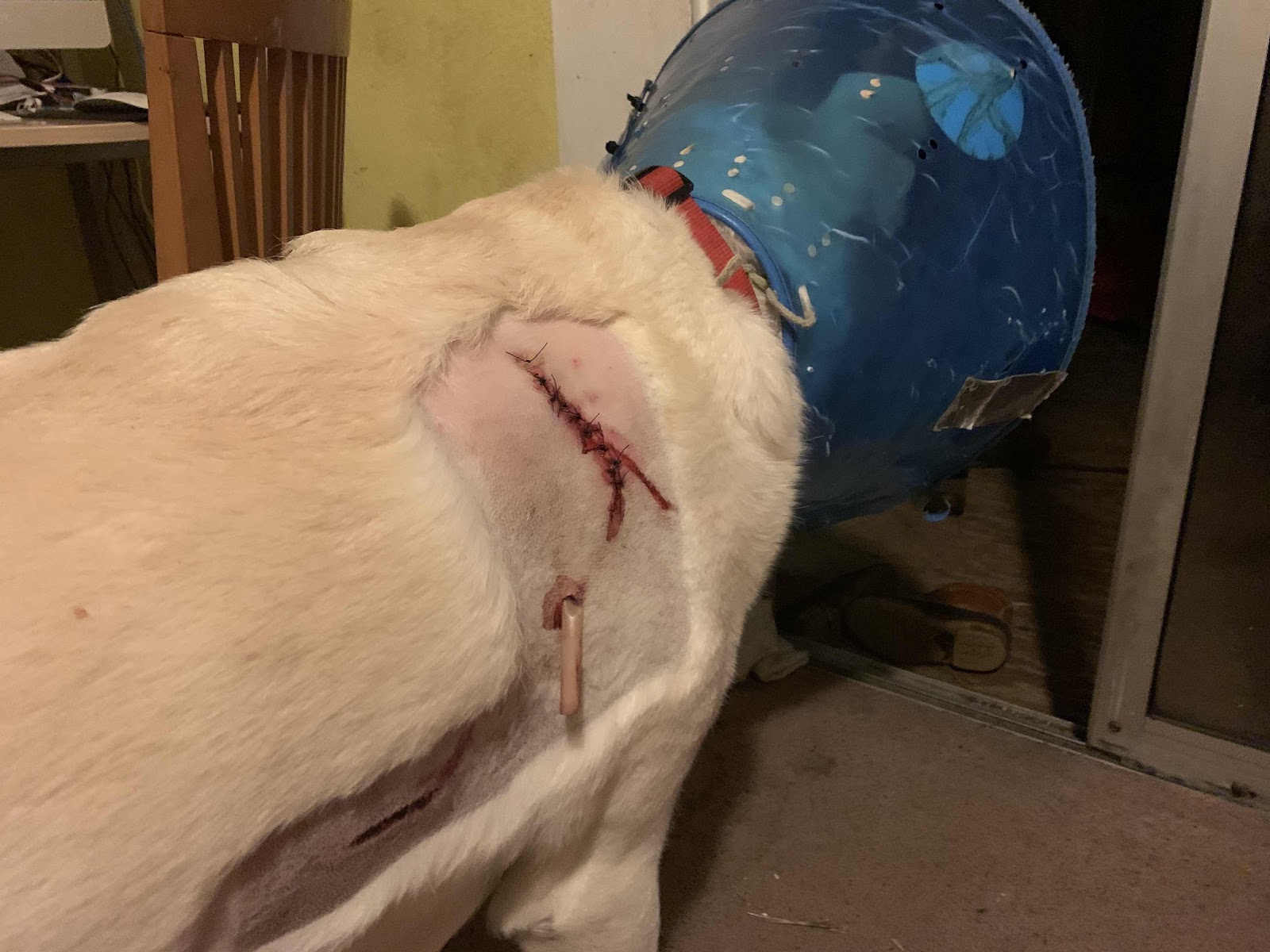 Here is what Haku looked like when he got home from the vet. It’s even worse than this, actually - this picture doesn’t show the third laceration further back on his flank. He has a drain and about fifty stitches, but as far as he is concerned the worst part is that he needs to take four pills twice a day. Haku would rather die a thousand deaths than take a pill. He doesn’t seem much bothered by the actual injuries. He’s supposed to stay inside, or be on a leash, for two weeks, and that’s going to be tough. Every time anyone goes anywhere near the door he jumps up and leaps about as usual. Someone standing on his left side wouldn’t know he’d ever hurt himself at all. 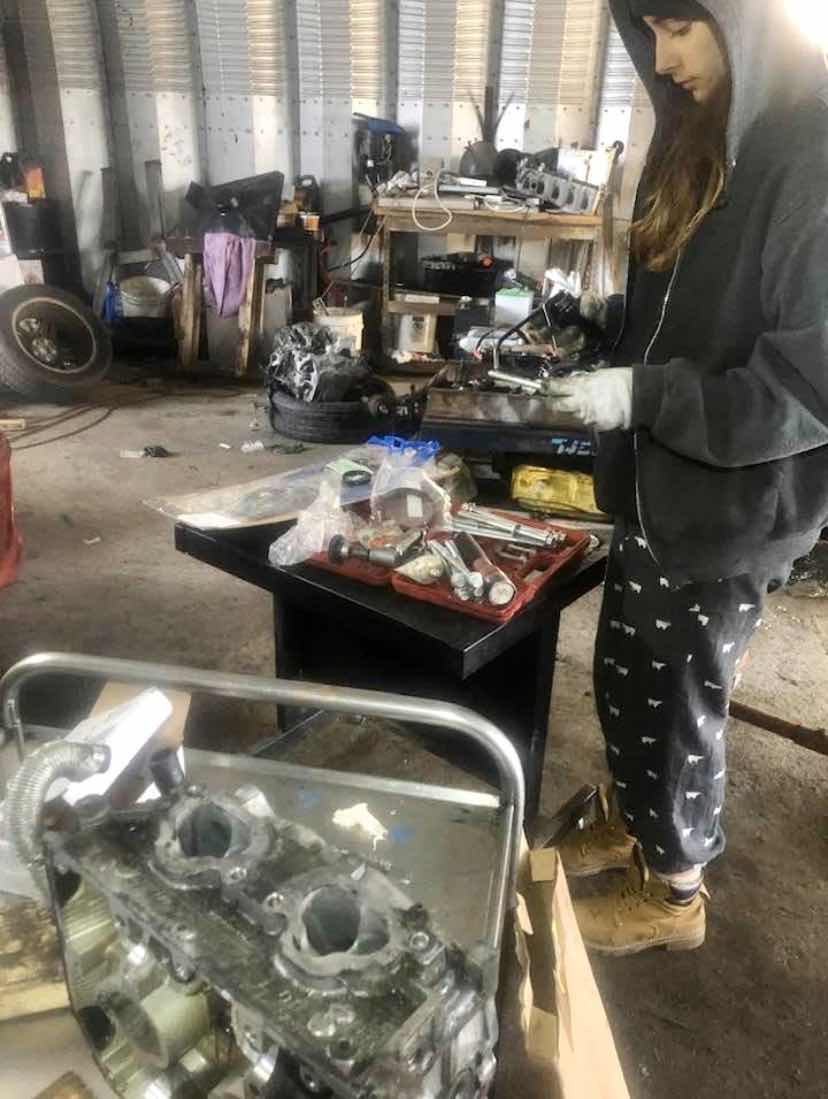 Hope spent the day out in the shop with Homero. He is fixing her car. I don’t know what all is wrong with it but I know it’s a big job that will take a few days and I heard the word “valves.” Hope is his assistant, and is learning a lot about engines. I told her this totally counts as school and she can write it down in the STEM section of her school journal. 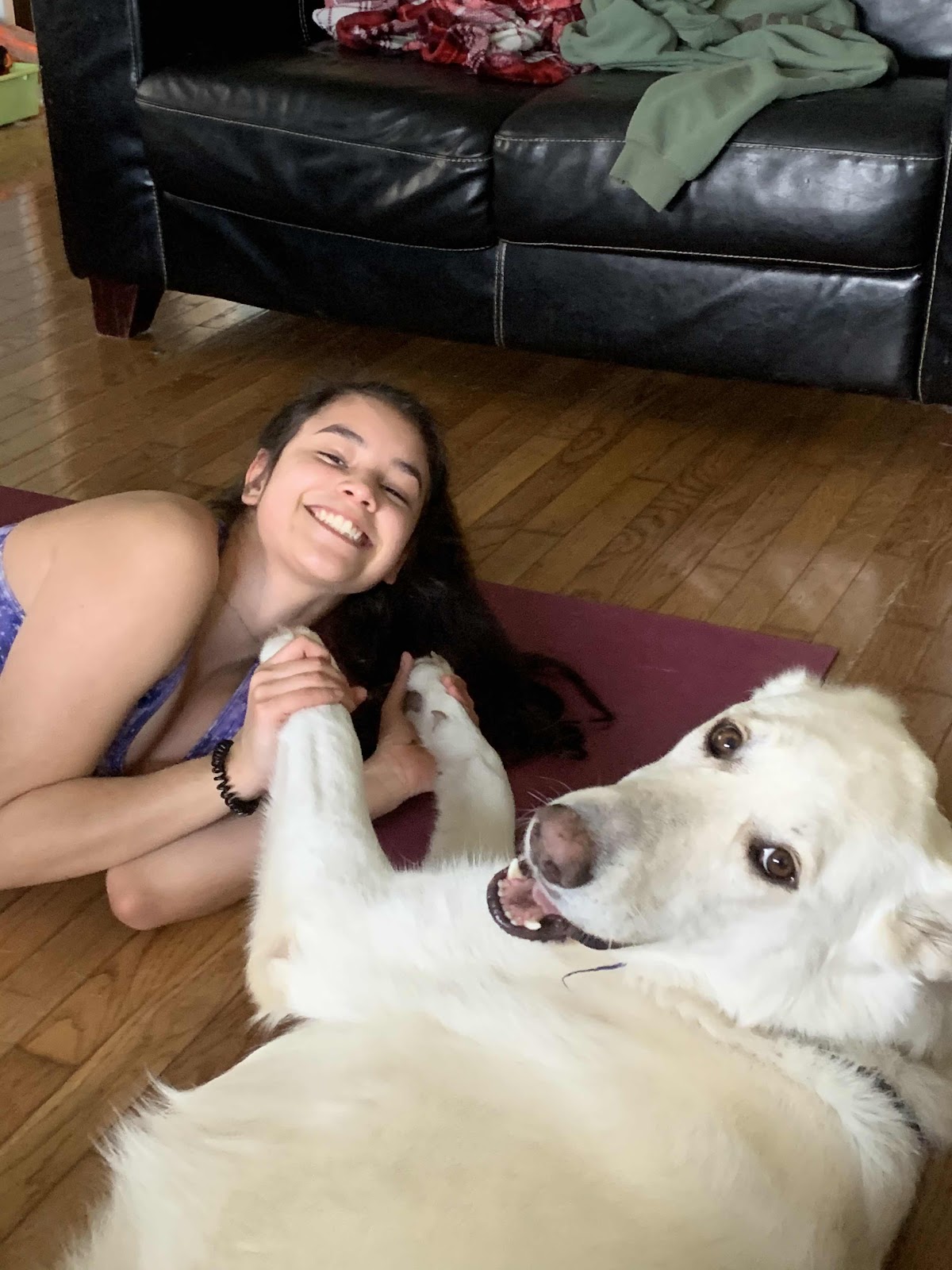 Paloma spent most of the day working out. Here she is doing some floor work with Mercy.  She’s a fitness junkie, and she’s a beast. I did my thirty minute workout alongside her today - 20 minutes of jump rope that doesn’t involve any actual jumping, just stepping over the rope repeatedly - and then an upper body workout with dumbbells. That entire half  hour Paloma was just working on abs. She has an honest to god six pack.
I also worked two jobs today, did a pickup for gleaners pantry, and made an eggplant Parmesan for dinner. If it ever warms up beyond 40 degrees, I’d like to get some more gardening done. But alas, it’s supposed to rain for the next four days.