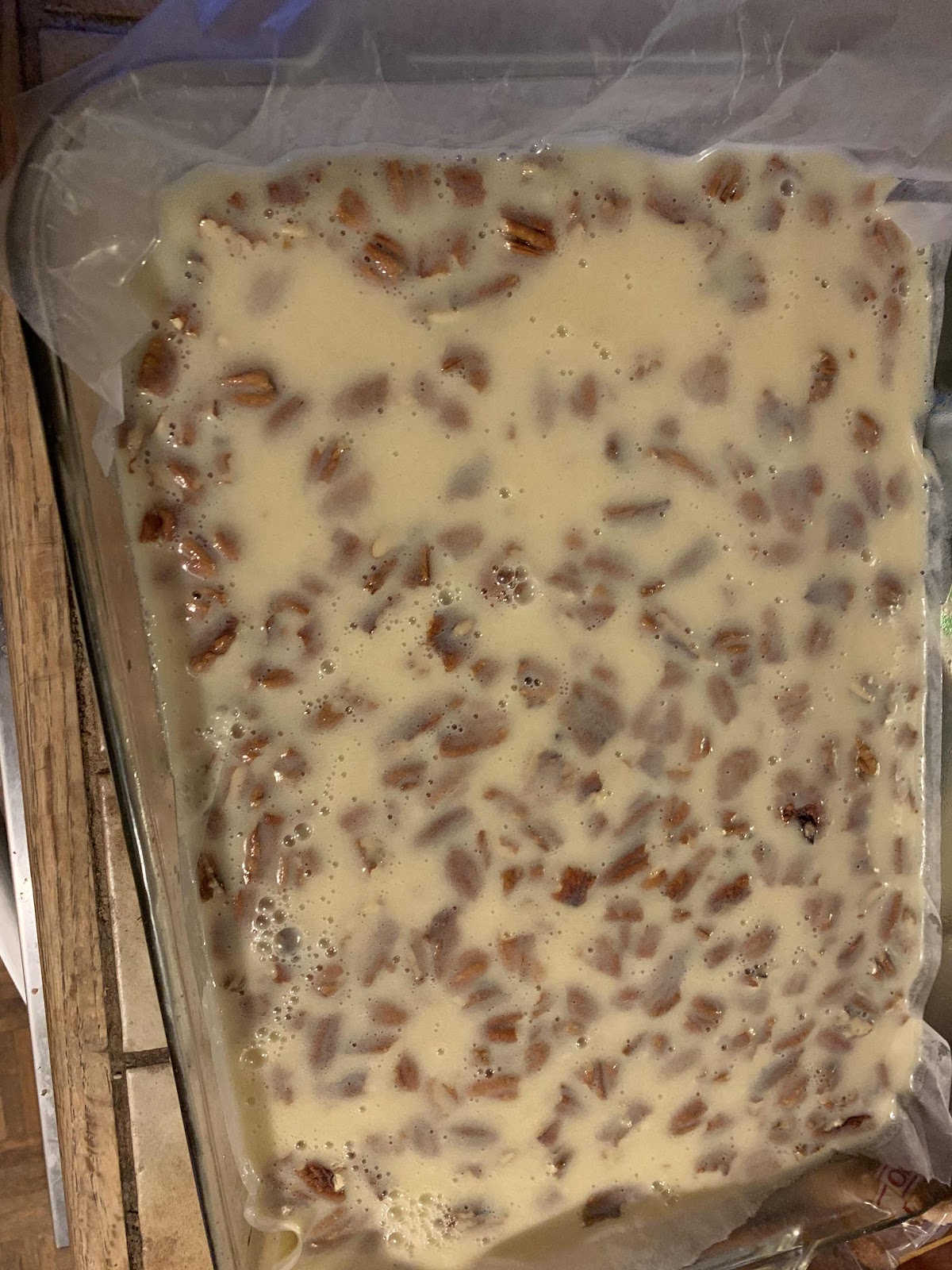 An attempt at caramels

Yesterday was the  laziest day I remember in my adult life. I seriously laid in bed and perused Facebook and played candy crush all day long. I only roused myself to go to the bathroom and to cram food into my maw. I shudder to admit to my sloth and am loath to describe it any further.
Today, I resolved to... well, not to be exactly industrious, but at least not to repeat my day of shame. Here’s what my day looked like today, day 12 of quarantine:
9 am: awake
9-10: make and drink coffee, read news
10-11:30 make breakfast, do dishes, sweep, do minor housekeeping chores
11:30-12:30-  work in the garden
-disaster - around 12:30, Haku was running full speed ahead trying to chase Mercy and misjudged. Rounding the corner of the garden, he ripped his shoulder and flank open on the stiff wires sticking out from the cattle panels. He pulled up short and cried. When I got to him and inspected, I saw that he had two deep lacerations that would both require stitches. Son of a bitch, it’s Sunday. I had to take him to the emergency vet. The emergency vet was swamped, and it was almost two hours before they could even come get him out of the car and admit him (they are not allowing humans into the office; only animals). As of this moment, 8:15 pm, some 8 hours later, Haku has still not been stitched up. However, I returned home after they finally took him inside at about 3 pm.
3-5 pm: keep working in the garden. I managed to fill an entire 4x4 raised bed with dirt and plant a packet of radishes.
5-6:30 pm: let the goats out to graze and read my excellent  book Lord of Light by Roger Zelazney.
6:30-7:00: make dinner - pulled pork barbecue sandwiches and coleslaw.
7-8:00- attempt to make caramel candy. Gleaners pantry provided us with - among a lot of other things - a gallon  each of heavy whipping cream. I decided to try and make caramels. My neighbor and friend M. brought us over a few pounds of organic shelled pecans yesterday. in exchange for a couple dozen oysters, so I thought pecan caramels would be a treat.
Candy making is a precise art. I’m not a precise person. I do have a candy thermometer and I used it. I followed the recipe to the best of my ability but either the recipe was wrong or I was wrong, but the stuff on the stove was not behaving the way the recipe said it ought to behave at the given temperatures. Soft ball. Hard ball. Soft crack. Hard crack. Candy making terminology reads like something out of either a sports manual or fifty shades of grey. I did the best I could. The caramel is sitting out on the porch to cool.
In any case, whether the candy comes out or not, I still feel like at least I got a few things done today.
And it ain’t over. I still have to go pick up Haku.