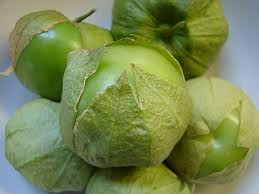 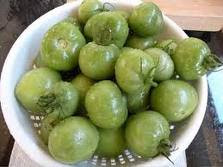 Green Tomatoes
So my swap meet was kind of a flop. It certainly didn't help that I broke my back two days before, but I think it would have flopped even so. I didn't promote it heavily, because - cool poster notwithstanding - I couldn't decide if I wanted a large community-wide event or a basic get together with friends and family that happened to include a few trade goods.
I got the latter. My mom, my sister, my cousin, and a few friends came with stuff to swap. A couple of people from church dropped by for a minute. Because I hadn't specified a time, some people were leaving as others arrived. We mostly spent the day hanging out on the lawn and waiting for folks to show up - which never happened. But hey, at least it was an absolutely gorgeous day, probably the last sunny, 70 degree day of the year. There were a lot of children present, and they had a grand old time running around and being crazy.
As the day drew to a close, we lit a big fire and barbecued ribs and chicken. We had baked potatoes and coleslaw. And plenty of beer. A few people stayed well into the night, drinking and talking around the fire, until it began to rain and drove us all indoors. Then we ate fabulous coconut cake that my cousin brought.
I did do some swapping- from my friend Deb I got some great clothes and shoes, and my cousin brought me a whole bunch of produce from her garden. My sister brought a breadmaker and my mom brought toys and books. I had cheese, of course, and pear sauce and ketchup.
One of the things I gained last night was a ten pound sack of green tomatoes. I know people eat green tomatoes, but I have only done so a couple of times. The only thing I know to do with them is batter them and fry them. That's good, but I don't think we could eat ten pounds of fried green tomatoes. Probably not a good idea. I've heard of green tomato chutney, but never tasted it.
Some people confuse green tomatoes with tomatillos (see above photos) which they are not. Tomatillos are a completely different genus of plant. I DO know what to do with tomatillos (Remote Post: Salsa Verde With My Bro). I wonder if green tomatoes can be used like tomatillos in salsa verde? Briefly boiled and then pureed?
Guess there's only one way to find out.

Those green tomatoes should ripen up just fine inside. Just check them often and keep them in cool dark place. I've also read that putting a couple of bananas in with them will speed it up, but I've never tried that.

Don't feel bad about the 'flop'. That's how Burning Man started. Do it again next year, and it'll be a little larger. Within 10 years, you'll have 500 people. In 20, it'll be "Produced by Contemporary" and a massive corporate carefully managed soulless endeavor lasting three days and 'played' by the current slick over-managed pop sensations. Like Burning Man.

Grandma used to layer them with newspaper and put apples with them. The gases released by the apples helps to speed up the ripening. It works for other things too... Like bananas and avacadod. - Aunt Christy