It’s Homero’s birthday. For the last several years running, we’ve hosted a long weekend camp-out for family and friends. Since his birthday weekend always coincides with Memorial Day, the party tends to drag on for three full days, and gets a bit chaotic towards the end. To be perfectly honest, I’m not going to miss it this year.

Instead we are having a quiet family party. I’ve spent the day so far making a tres leches cake and chiles rellenos. http://newtofarmlife.blogspot.com/2008/06/first-time-i-met-my-future-mother-in.html?m=1. I also have some carne asada marinating and we will grill it later. Rowan is coming.
Still only two baby goats. I expected Polly to give birth about a week ago - I went out to the barn one morning and saw her with a very distinct and obvious string of goo, which normally means babies will be on the ground in a matter of hours. However, that didn’t happen. The goo disappeared and she carried on as usual for several more days. That’s never happened before that I am aware of. I thought maybe she’d aborted a single baby, but she didn’t. It would have been obvious if she’d given birth. Today, though, her udder has tightened up and her ligaments are gone, and I think it will be tomorrow for sure. 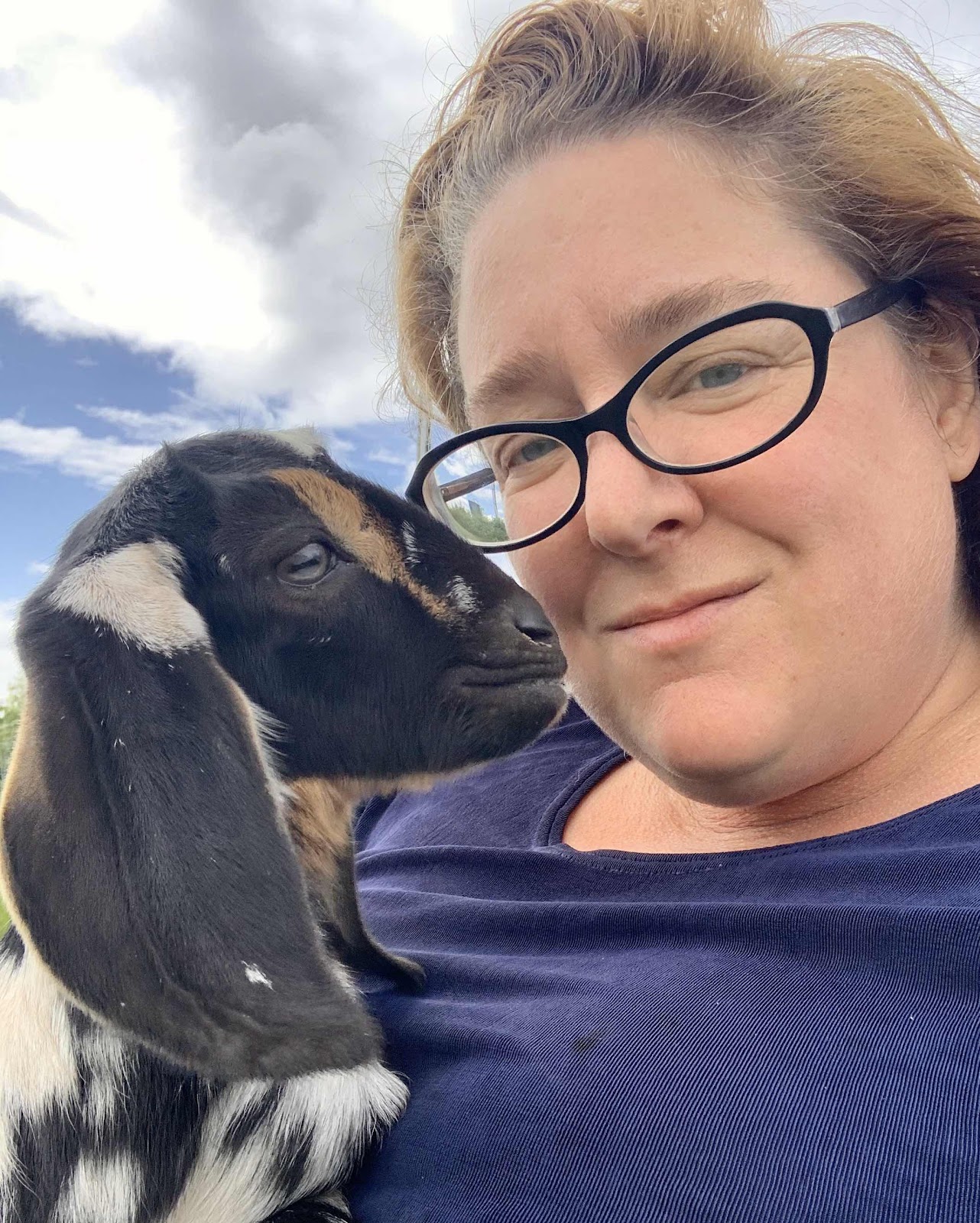 Christmas’ baby goats are super adorable. Jumping around and following the herd now. To my great relief, Haku and Mercy have not formed a goat-slaying pack, as I feared. I stead, Haku seems to have taught Mercy that baby goats are to be loved and licked, not eaten. This is Bitsy that I’m holding in the picture - I think we might keep her. 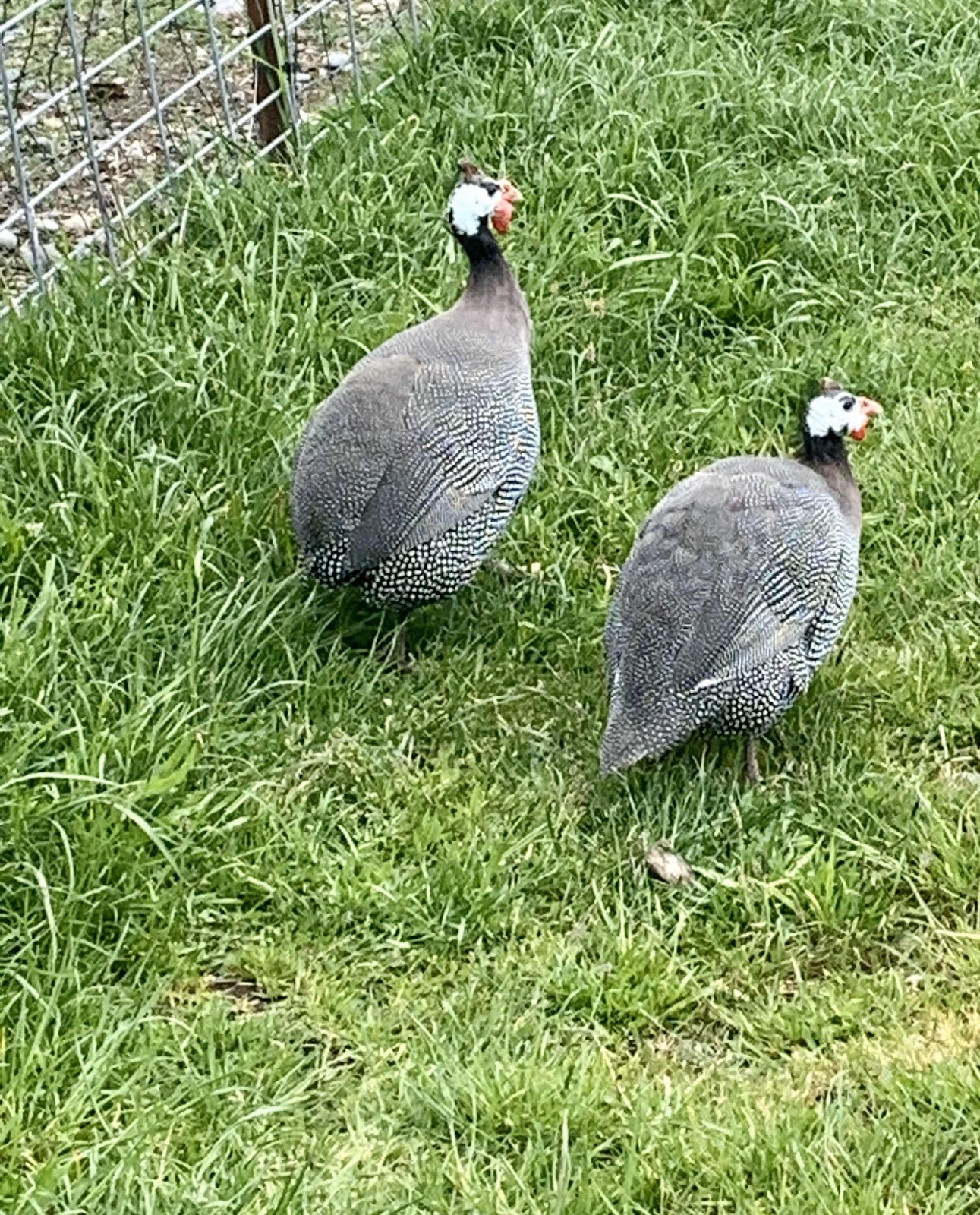 We have some new animals. One of Homero’s clients gave him these two Guinea hens. They are a new kind of barnyard fowl to me. I researched them and apparently people keep them for pest control. They eat lots of bad bugs, and even mice and baby rats if they find them. So far, they seem alright, but they bully the hens a bit.
Some kind of animal came in the night two nights ago and killed three hens. It was very strange - they were neither carried away nor torn up; they barely had a mark on them. I can’t think of a natural predator that would kill them so neatly and then just leave them there. I’m thinking it might have been a neighbor’s dog, although the local farmer’s Facebook group consensus is that it could be some kind of weasel.
The garden is growing well. We’ve already harvested radishes and salad greens. Snap peas will be next. The greenhouse is full of tomatoes, peppers, and cucumbers.
The white clover is blooming, and the blackberries have terminal buds that will open in a few days. The fruit trees are starting to show the small hard fruits. I think it will be a poor year for orchard fruit. It was cold and windy during blossom time.
Overall, all is well. It’s been a beautiful May.