Yesterday Flopsy, our second oldest goat at thirteen, surprised the heck out of us by popping out a single baby buckling, quietly and with no fanfare. 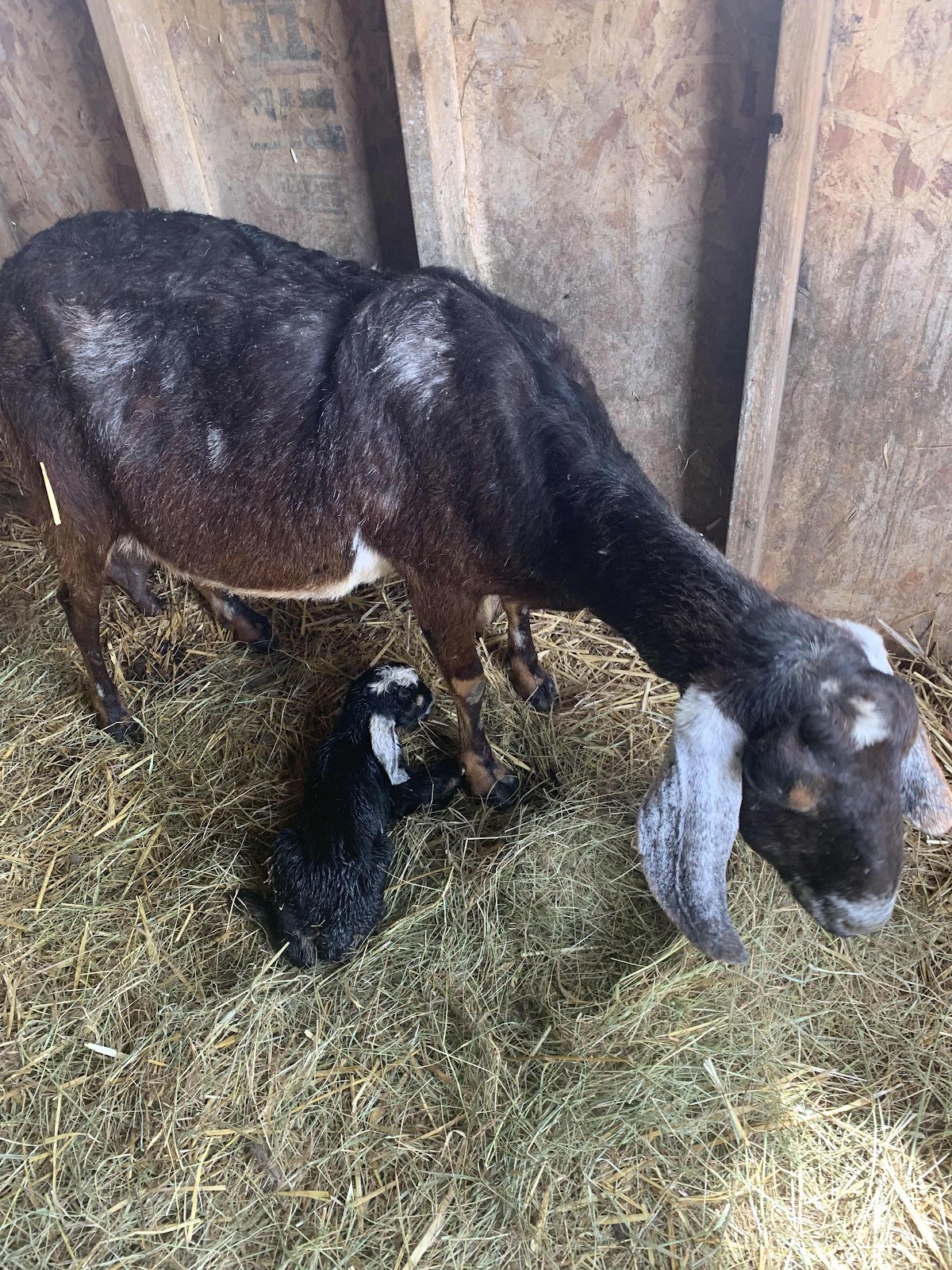 It’s been a couple of years since Flopsy had a baby. She’s elderly, arthritic, and not in the greatest of health, and I’ve tried to keep her separate from the buck so this wouldn’t happen. I don’t want to tax her system - she’s done yoeman service and doesn’t need to earn her keep any longer.
Nonetheless, she got pregnant somehow and threw this adorable little buckling. Paloma discovered him yesterday morning when she was going out to bottle feed Polly’s babies.
Oh yeah - Polly had a rough delivery and developed a fever and went downhill so quickly that I had to call the vet out. I was worried that I’d done her some harm by going in to help deliver the babies but the vet said no - more likely she’d been developing an infection since I noticed the premature string of goo four days before she delivered. Whenever membranes rupture prematurely you have a high risk of infection. Polly has been getting a twice daily regimen of antibiotics, vitamin B, and steroids for the past several days and is much better. However she lost most of her milk and her twins need supplemental feedings twice a day. The vet says she may never regain her milk this year. For a few days we were feeding the babies round the clock, but today whenever we tried to feed them they already had full tummies and were uninterested in the bottle, so it seems Polly has recuperes enough capacity to feed them herself.
In other news, the governor has finally decided to lift the stay-at-home order as of this coming Monday morning. Yhe actual changes to daily life will be subtle - we are still prohibited to gather in groups larger than 5, and most businesses remain closed. Masks are also required in public indoor spaces, and outdoors where people cannot maintain 6 feet of distance.
There has been a great deal of controversy on the subject of masks - violence has broken out in some places - but I haven’t seen open conflict here. In my small community, I’d say about half the people I see in public are wearing masks. I wear my mask assiduously, because I work in health care and am at high risk of contracting the virus. Wearing a mask protects me a little, but if I happen to be carrying the virus, it protects those around me a lot. Personally I have a hard time understanding the resistance to this innocuous act, but it seems to have become a political football.
Now that there is a path forwards towards Opening back up, I have a little bit of hope that some events planned for later in the summer that were Called off - like the fair - might possibly be “called on” again.
In the meantime, we just keep keeping on.