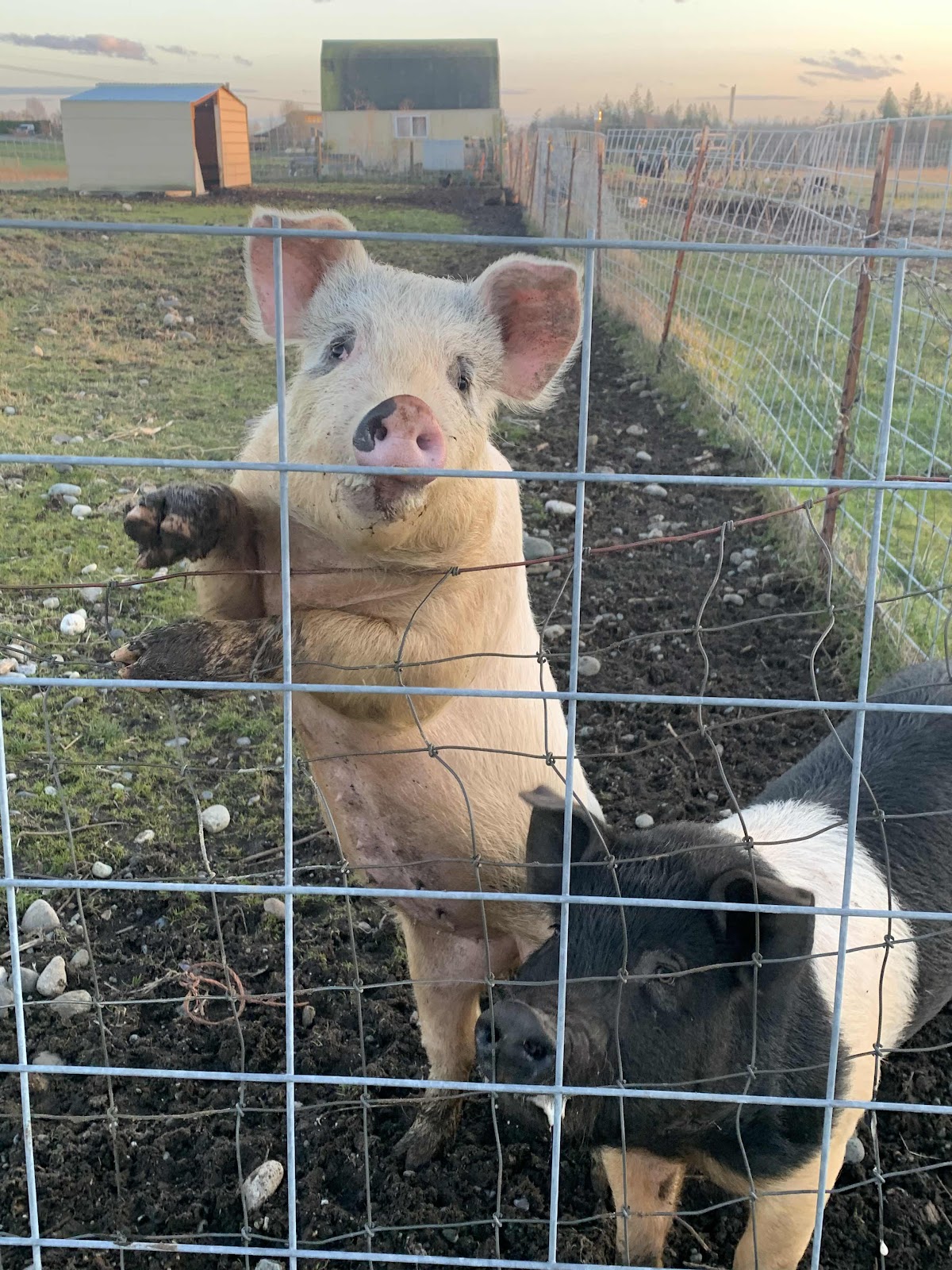 One day blends into another. I can’t believe it’s been over 40 days of quarantine. Insanity. Anyhoo.
Tomorrow is Paloma’s birthday. She’s turning 15 and it was supposed to be her big fancy quinceañera party but of course that isn’t happening. She is having ONE friend over and we are eating cheeseburgers and carrot cake (her request) out on the lawn where we can socially distance.
The pigs are meeting their maker tomorrow at 9 am. Since these pigs started out as Paloma’s FFA project, she gets a share of the profit. The catch is, she has to actually figure out the profit (if any) from the following facts:
- two piglets cost $100 each
- we bought 10 bags of pig food at $15 each (give or take)
- we are selling the bigger pig, in halves, and keeping the smaller pig for ourselves. The sale price is $3.50/lb hanging weight. We won’t actually know the exact hanging weight for a few days, but I guess the big pig will weigh in at about 200 lbs.
- for one of the halves of the big pig, we are accepting in trade a butchered lamb worth $200. The value of the side over and above $200 will be paid in cash.
- the other half of the big pig will be paid in cash.
- we are not attempting to place a value on our labor (that’s a fool’s game).
A little quick estimating tells me two things: a) this particular pork venture was more financially successful than past ventures have been. I feel that we came out ahead this time, very handsomely ahead. And b) Paloma is going to be disappointed in her share.
I haven’t decided what value to let her put on the pig we are keeping - should it be the same $3.50/lb, even though we are not actually getting any money for it? Or should it be the cost of the same amount of pork if we bought it at the grocery store, even though we never actually would buy that much pork? Or should it be zero, because it just counts as free meat for us? What would an actual bookkeeper say? Any actual bookkeepers out there?
Paloma wants to know.