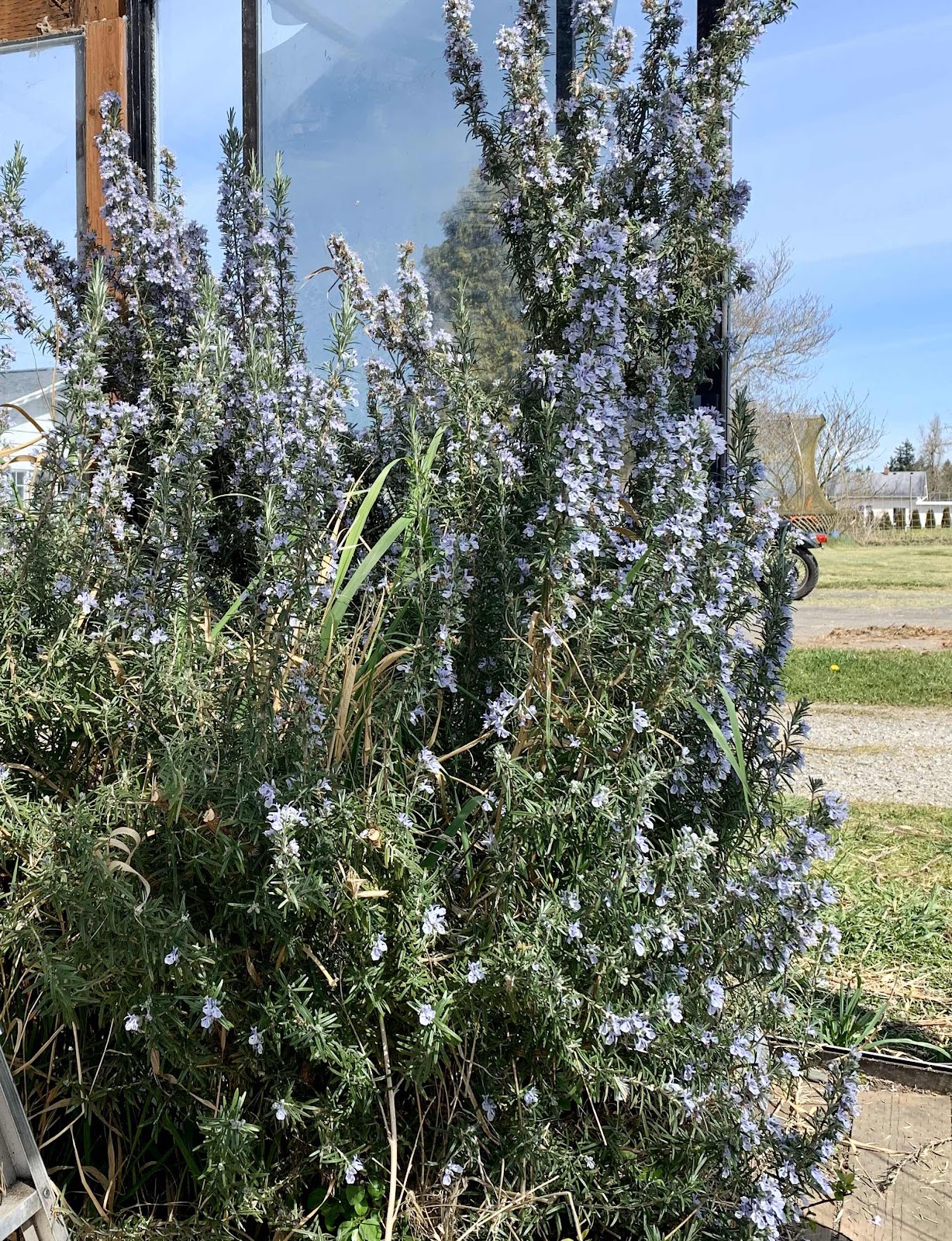 The rosemary in the greenhouse is absolutely stuffed with blossoms. Hummingbirds love it and while I’ve been in here potting up some pepper plants several have visited. I originally thought that the totally green ones and the red-headed ones were two fmdifferent species, but I have been corrected. They are just female and male Anna’s hummingbirds, respectively. 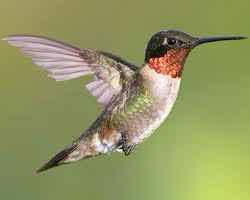 Make Anna’s hummingbird (from google). If I could figure out I would post a lovely little video of two hummingbirds going at the rosemary blossoms. 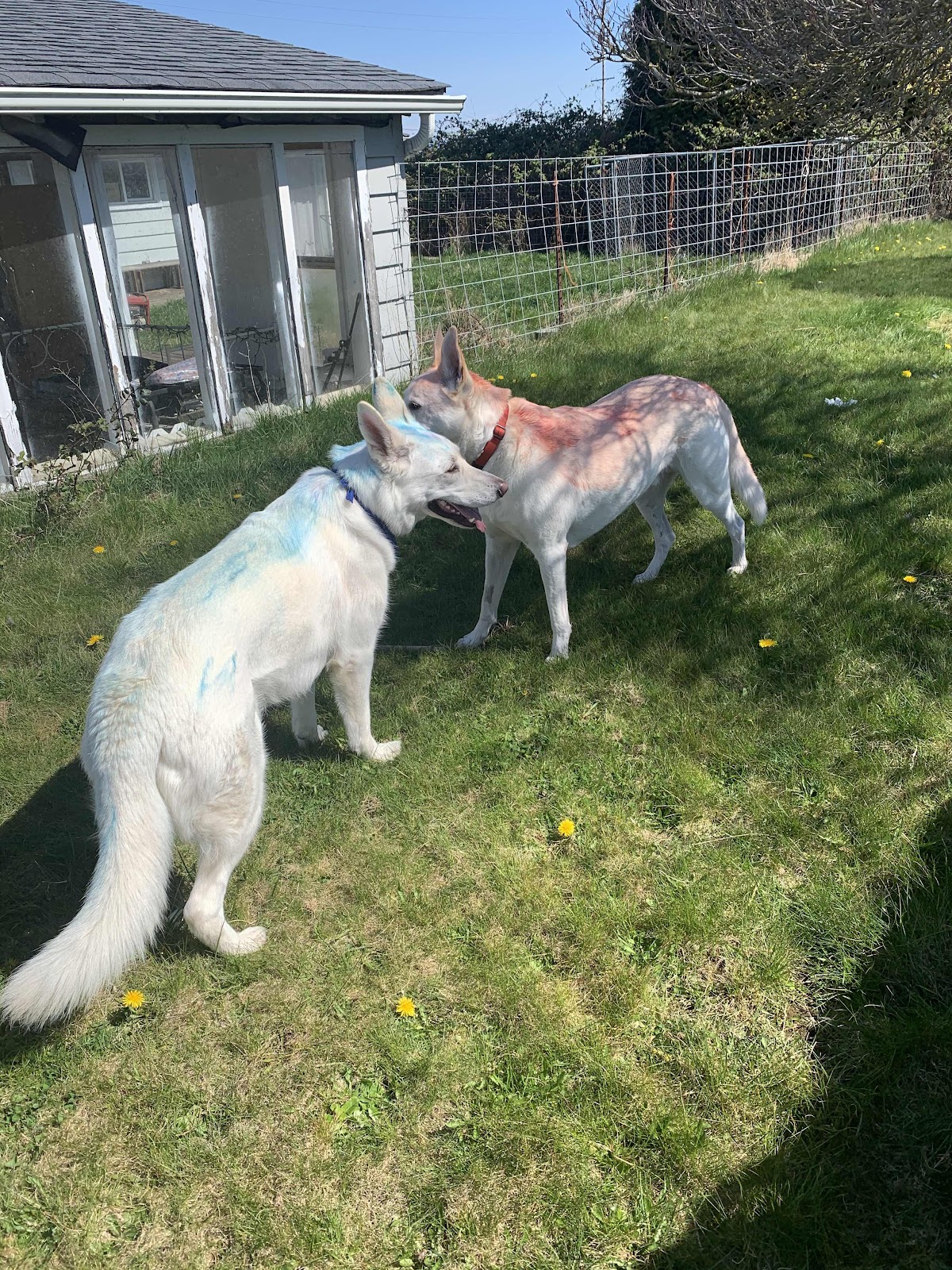 What we do with leftover Easter egg dye. Now we have lovely particolored hounds. In retrospect, perhaps red wasn’t the best choice for Haku. He looks like he just went berserk in a sheepfold.
Paloma is pretty much all better. Second day without fever. Still no appetite, but apart from that she’s her usual self again. I will observe strict quarantine through the en s of the week, but I told my work I would go ahead and start accepting assignments again starting next week.
School is back in session - remotely - and the girls were outraged that we decided to start imposing something like a schedule again. We said we would wake them up at 9:30 - four hours later than they get up during regular school -
And you should have heard the wailing and gnashing of teeth.
This first day back has been frustrating, especially for Paloma who says her teacher’s instructions are unclear, but I told them to relax and take it slow. There will certainly be kinks to be worked out. There’s no giant rush. Grades will be pass/fail for this quarter, so no stress.
Tonight we have a bucket of oysters and plan to make a fire.