Some years we raise a couple of pigs, and some years we don’t. The decision whether or not to get a pig in any given year is based on a number of factors - how much meat we have in the freezer, the price of local weaner piglets, whether or not our neighbors are raising pigs this year, etc.
In general, I have more or less decided that it is as cheap to buy pork from our neighbors as it is to raise a pig of our own, and much less work. However I can be swayed. This year we were swayed by our youngest daughter’s need for an FFA project coinciding with the availability of some handsome well-grown weaners raised by a close neighbor and offered at an excellent price.
Paloma, our youngest, swore up and down to us that she would be in charge of feeding the pigs. Of course, she doesn’t know what that actually entails. We get much of our pig food from the Gleaner’s Pantry, and she can’t participate in that. The truth is that I will be doing most of the sourcing of food for the piggies, and Paloma will only be in charge of doing her pig-related homework.
The question she posed and will be trying to answer is “is it financially advantageous to raise your own pigs?” For those who are interested enough to follow the links, I’ve already done the math and answered this question to my own satisfaction:
http://newtofarmlife.blogspot.com/2017/03/meat-math-2017.html?m=1
For those who aren’t that interested, the answer is - you can get nearly free meat if you don’t put any value on your own labor.
But of course labor counts. Here is Homero, after spending some twenty minutes chasing down a couple of well-grown piglets today. His face clearly shows that labor counts.  My neighbor told me we could choose our own pigs from her litter of fourteen, and there were a couple of standouts. In the end, however, we took whichever pigs Homero was able to catch. 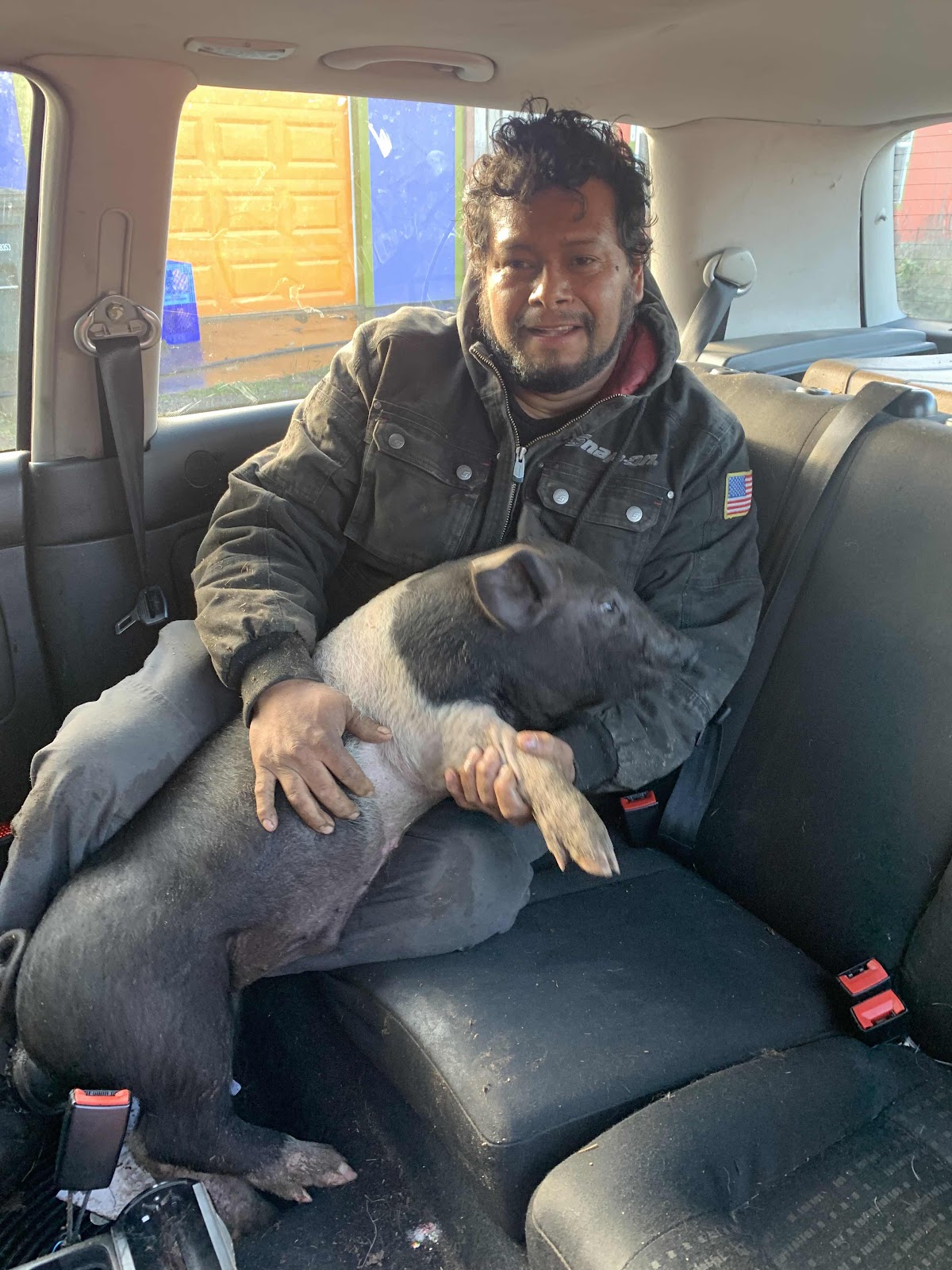 This handsome boy was the largest of the entire litter, and probably tipped the scales at sixty pounds. Homero was hard pressed to keep ahold of him all the way home. 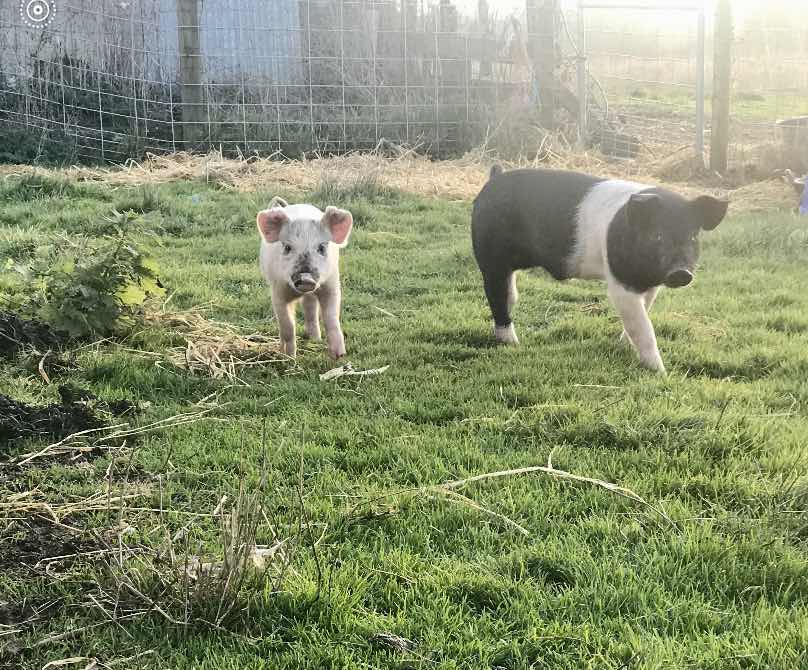 The second piglet he managed to catch was the smallest one of the litter, a little pink girl with curled back ears. They seem to be happy with their new digs - we have them in the sacrifice area which is about 100 x 100 feet. Their house is a round calf hutch stuffed with hay.
Raising pigs over the winter has its challenges, and it obviously costs more than raising the same animals over the summer months, because mammals require many more calories to keep their body temperature up during the cold season. Also their natural rooting behavior causes more damage during the wet season. That’s why we have them confined to the sacrifice area, which is compacted and has a bad weed situation. Any rooting they do may actually be beneficial, and their manure will help fertilize the sandy poor soil.
As in past years, the idea is to sell one pig (post-slaughter, in cuts) and use that money to offset the costs of raising the other pig, which we will keep for ourselves. Paloma will be keeping the books this year, and I’ll keep you all updated on her conclusions.