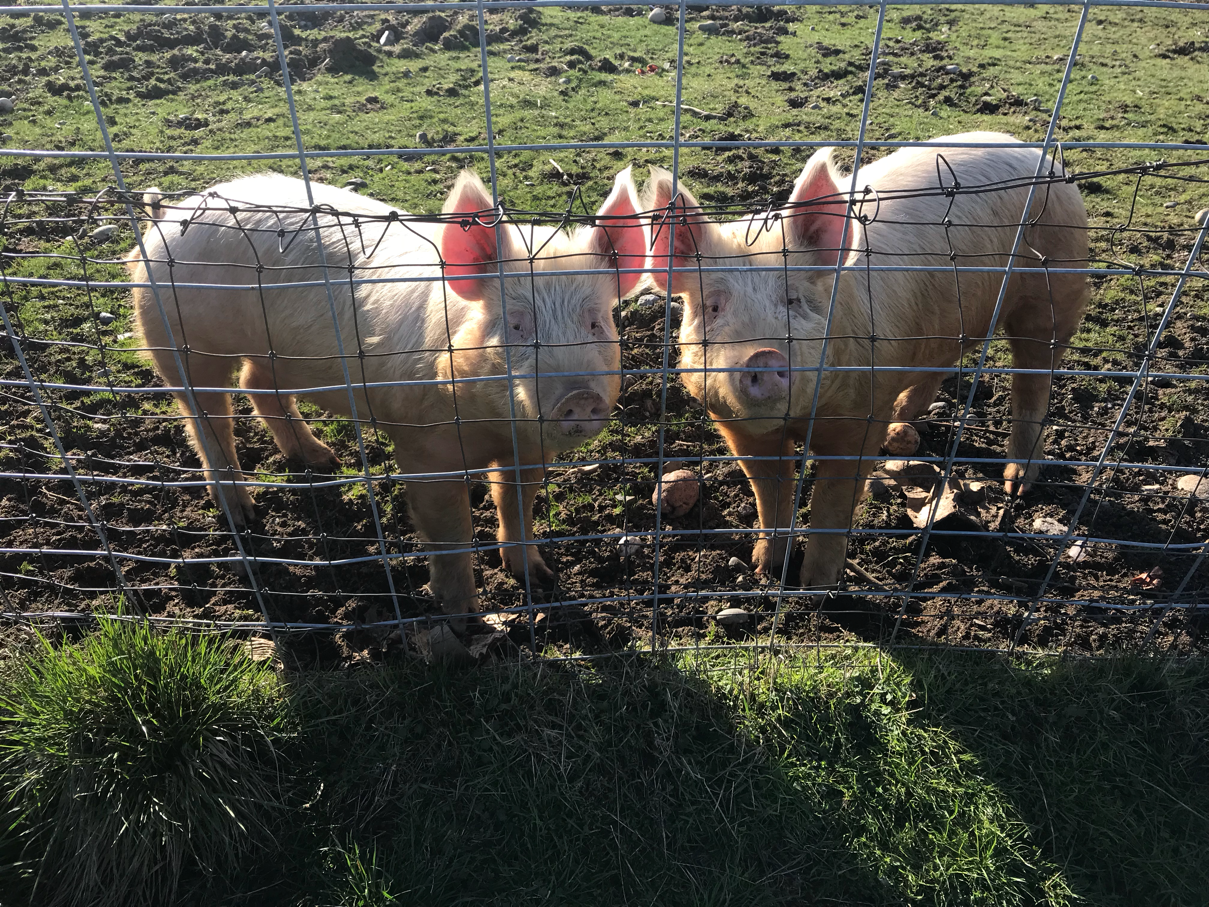 After a prolonged, unseasonable warm spell in January, we experienced a brief, seasonable cold snap last week. Five or six days of temperatures in the high teens and low twenties, accompanied by small hard snow and high winds.
Our pigs, which were very close to their butchering date, had only the three-sided field structure for shelter, and it was inadequate.

On a particularly cold night I asked Homero to go open a bale of hay for them to use as fresh bedding. He was outside a long time, and when he came back I asked what took him so long.

“Amor, the pigs were freezing,” he said. “They didn’t even want to come out for food, and when they did come out they could hardly stand up they were trembling so hard.”

“Oh no! Poor piggies! What did you do? Did you give them hay?”

“Hay would not be enough, I moved them into the big barn with the goats.”

The “big barn” is a 12x16’ barn from Home Depot which we have had since we first moved here. Every winter we use a deep bedding system; basically just throwing more and more dry straw down on top of the old, wet straw until it is a good eighteen inches thick. A couple weeks ago I dug down with my hand into the bedding and felt the heat from the natural composting. It was quite hot about six inches down - almost uncomfortably hot. The goats have been benefitting from this heat all winter long.

Moving the pigs into the barn served a secondary purpose besides keeping them from freezing to death. As you might imagine (or might not, if you have no farm experience), removing a winter’s worth of deep litter is a back-breaking task. Even from a barn as small as ours is - the litter packs down tight and it takes a strong man (my husband) several hours to pitch it all out with a pitchfork, and then he needs a hot bath, a massage, and a shitload of Ibuprofen. Pigs, however, can plow through deep litter effortlessly with their snouts, like little biological diesel tractors.

The pigs stayed in the barn for four days before the butchers came, and during that time they rooted through the compacted litter like badgers on steroids. The barn is now full of fluffy, relatively easy to shovel compost, which will greatly enhance our garden come spring.

And the pigs themselves have now been removed to the deep freezers of Lynden Meats; soon to be dispersed to our customers, neighbors, family, and friends in the form of chops, ribs, bacon, and sausage, fuel for many a family feast. The pigs are dead, long live the pigs!