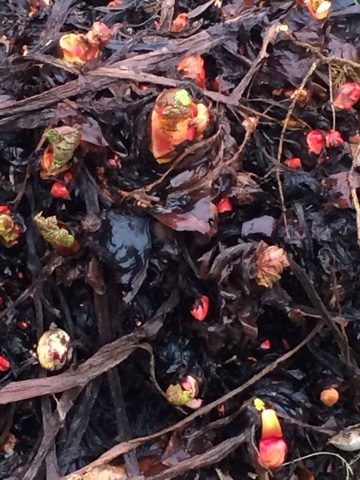 It seems absurd to call today, February 12, "spring," but the signs are unmistakeable. Crocuses are up; pussy willows are grey, and I even saw a dandelion in bloom. 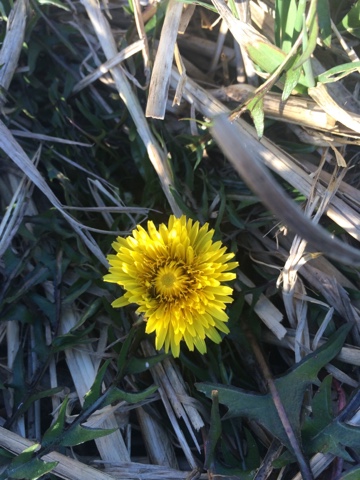 The rhubarb plant on the north side of the house is starting to put out crimson and green growth.
Looking back over the blog, it seems that most years I have posted about an early spring. I am of two minds about this - since I only moved here ten years ago, it is entirely possible that I am just ignorant about the local climate (although I moved here from Seattle, exactly 100 miles south in a straight line).
In support of this position, when I was talking with members of my local church this week about the early spring, a discussion was sparked about the timing of spring among several members who are each over 70 years old and who have a collective experience of living in this climate of some 200 years. Thier collective judgement was that we often get a couple of beautiful weeks in February, followed by a harsh March.
Science, however, bolsters my
Point of view. Spring has indeed been coming earlier in the last couple of decades over a use swath of the globe.
http://www.ucsusa.org/global_warming/science_and_impacts/impacts/early-warning-signs-of-global-10.html#.Vr6A2kU77CR
All that aside, I have been enjoying the few sunny, unseasonably warm days interspersed among the approximately 726 consecutive days of rain.
Today was such a day. 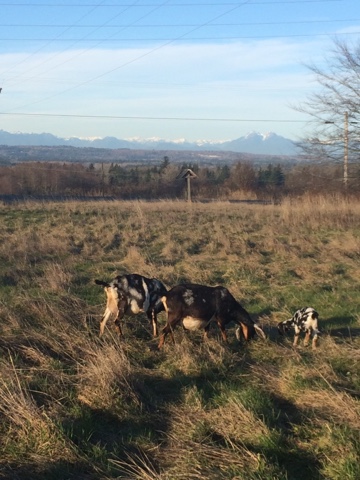 The Mercury got up to about 57, perfect shirtsleeve weather. I enjoyed an hour or two out with the goats and a good book.
Kidding season is weird this year. "Christmas" was born Christmas ever, to Polly, who seems to be given to
Going into heat very early in the season. Two years in a row she has gotten pregnant in July, which is quite odd for a
milk goat. Christmas is now a handsome six week old doeling, well able to keep up with the herd. She is the first kid I have chosen to be part of the new generation of milk does.
The other two does, Iris and Flopsy, are both gravid. Poor Flopsy is so pregnant it hurts to look at her. Every evening I lock her in the mama barn and every morning I go out expecting babies, but so far
No dice.
We sold our buck. Haboob is a very nice buck who has reliably impregnanted our does for three years now, but the time has come for a new buck. 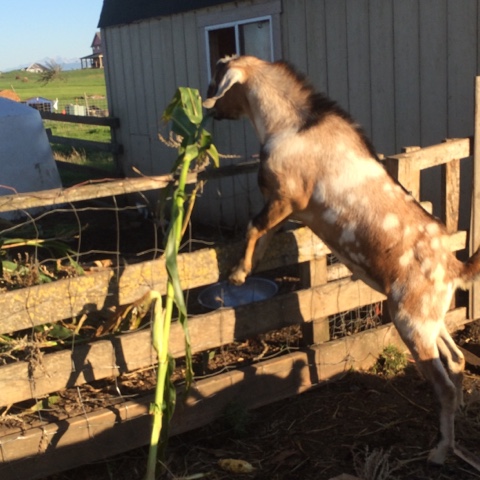 I am
Still having major
Computer difficulties - right now I am
Typing on my phone and it is so annoying that I am
Going to stop this post right now. I have a lot of things I would like to write about (the orchard, the garden, the dog$ but I have already been qoeking in this silly
Post for two
Hours and I
Am
Completely
Done