Welcome Mercy (On Taking a Chance) 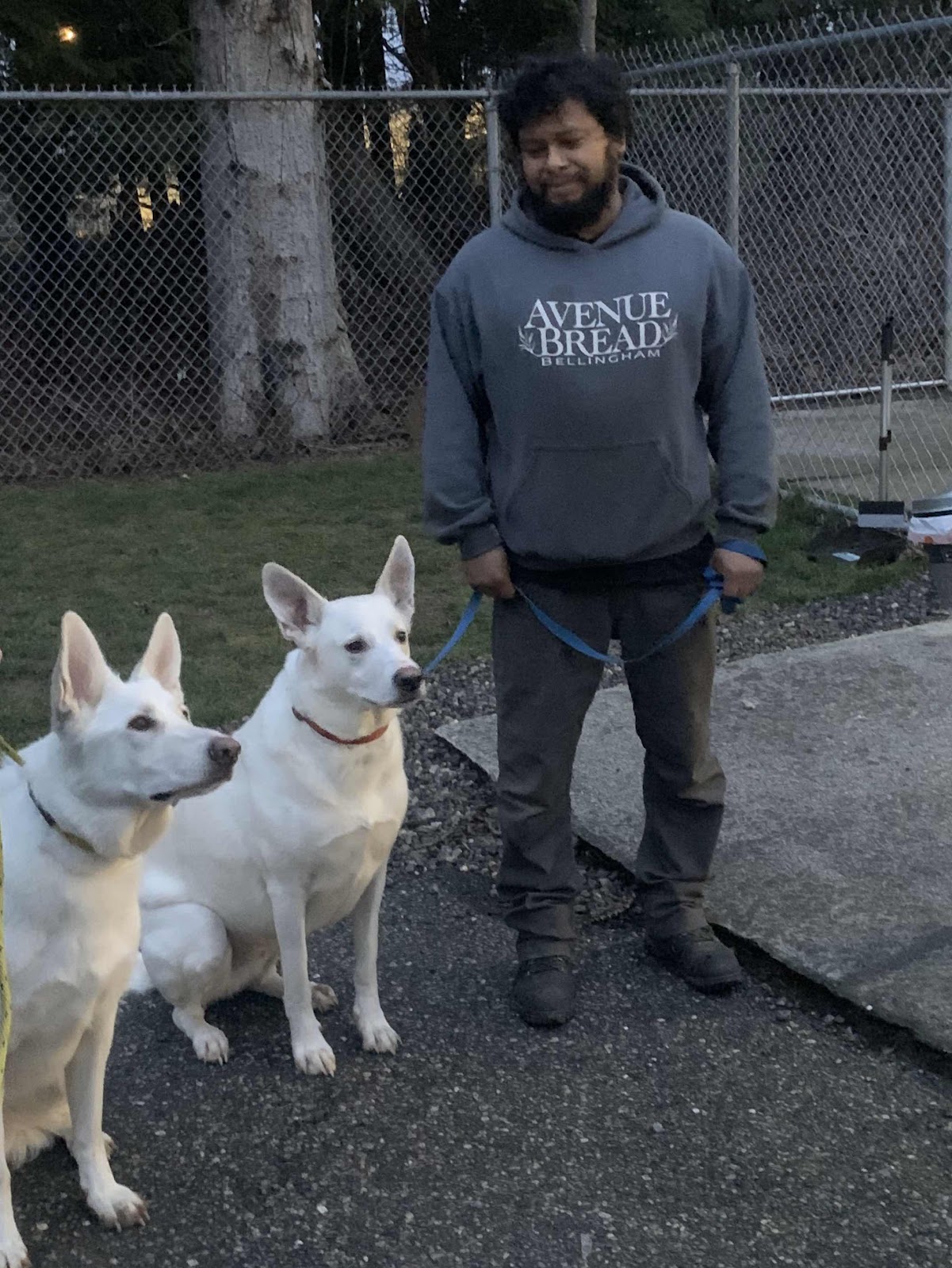 Haku and Merced
I am a sucker for beautiful dogs. I never even had a dog of my own until I was a grown up married lady. My first dog was the incomparable Ivory (http://newtofarmlife.blogspot.com/2011/05/ivory-dog-omy-heart.html?m=1) - a gorgeous white shepherd/whippet mix who was graceful, intelligent, affectionate, protective, and silly - everything a dog ought to be. Ivory became the mold and model that all subsequent dogs would have to live up to. 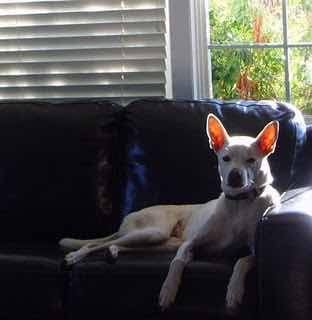 Ivory
When Ivory died, at age 14, we were heartbroken and were not ready for a new dog for nearly six months.... a long time to be dogless, for dog lovers. We eventually found Haku - a white shepherd mixed with something  (maybe golden lab?) who had been given up twice before he was a year old for being too destructive and unmanageable. We had no particular reason to think we would be able to handle him better than anyone else - we are not dog trainers or experts of any sort - we just thought he was incredibly beautiful and we couldn’t live without him another day of our lives.
Haku tested us severely by destroying the playroom utterly, jumping every fence we could erect, and killing an entire sheep, but over the course of two years he finally settled down and became what you could call a good dog, if you aren’t too picky about dictionary definitions. Now we can’t imagine life without him. He makes us all feel very safe by scaring the living daylights out of anyone who ventures onto the front porch.
Paloma has been pestering us for a second dog for many moons now. I have been the main holdout - everyone else in the family is persuadable (Homero doesn’t need persuading - he’d have a dozen dogs if I’d let him) but I have been the lone voice of reason. Who’s going to take care of two dogs when we go to Mexico? Who’s going to pick up twice as much dog poo? Sweep up twice as much dog hair? Buy twice as much dog food and pay twice the vet bills? Huh? Huh?
Well call me a hypocrite, because a couple days ago a desperate plea floated through my internet space. A lovely young shepherd, named Merced, was being given up by her family because she had attacked a new puppy brought into the house, and when mom got in between them, she got bitten, badly enough to need to go to urgent care. The family has very reluctantly decided that Merced could not stay with them. The humane society declined to accept her. They didn’t know what to do, and issued a general plea for someone to foster her before she would have to be destroyed. 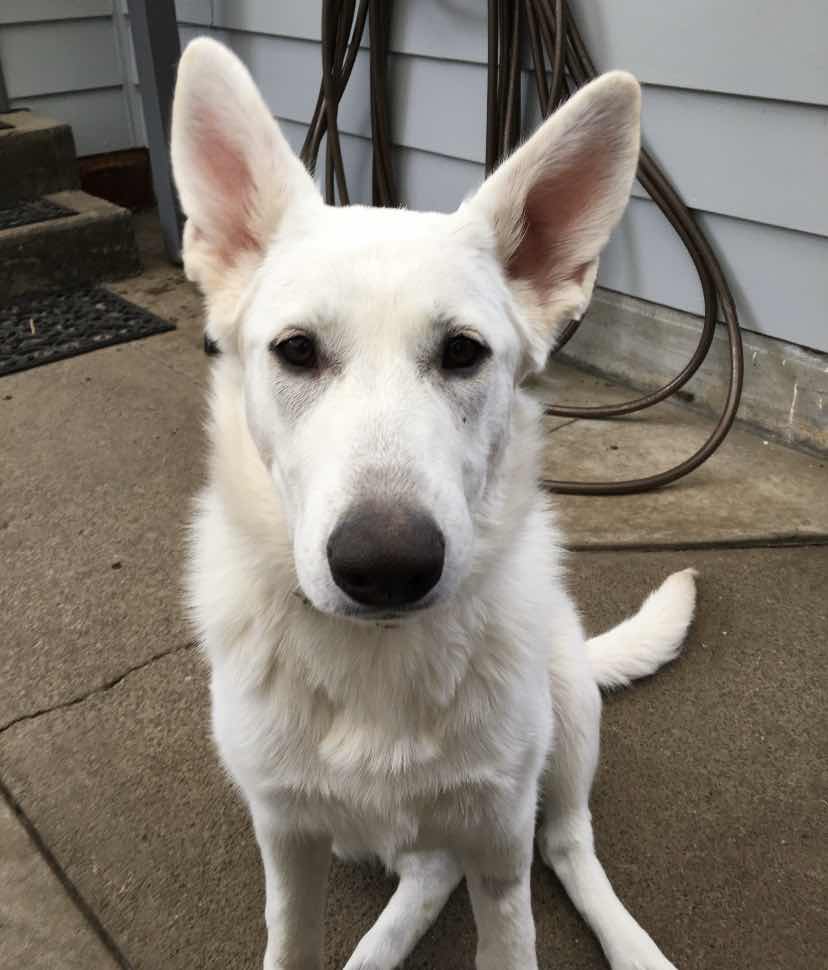 Well I must have been a little tipsy, or hypnotized, because I forwarded her photo to my husband, knowing full well he would fall lock stock and barrel in love.
Fast forward two days. We spoke to the owners; we spoke to their trainer; we spoke to the handler at the kennel where she was being boarded. We visited her and she was every bit as charming as we imagined she would be. We were warned from all quarters that she was a challenging dog who would need careful monitoring and ongoing training, but also that she was intelligent, obedient, loving, healthy, and eager to please. We said we’d take her, pending a successful introduction to Haku.
The handler at the kennel, a big bear of a man named Adam, helped us with the meet and greet. He spent a good two hours of uncompensated time with us and the two dogs, doing everything he could to ensure they had a peaceful introduction. It went very very well indeed, and we took Merced home the same day - yesterday.
Today, all has gone well so far, except for one short squabble that ensued when Haku got jealous that Merced was leaning on me and tried to push past her and get closer to me. She snarled, and he snapped. He got an ear in his teeth and made her YIKE, but there was no blood and it was over in less than five seconds. Since then, they’ve spent hours together with no further trouble.
I have high hopes that within a month, Merced and Haku will be fast friends. My main worry is that they might bond  as a pack and go after my goats. Twice the German shepherds is like, six times the prey-drive. It’s a the-whole-is-more-than-the-sum-of-it’s-parts situation. The two of them could make a very efficient killing machine working in tandem.
But we’ll cross that bridge if we come to it. In the meantime, I am very much enjoying making my daily rounds attended by two majestic white hounds. It makes me feel like Princess Mononoke. 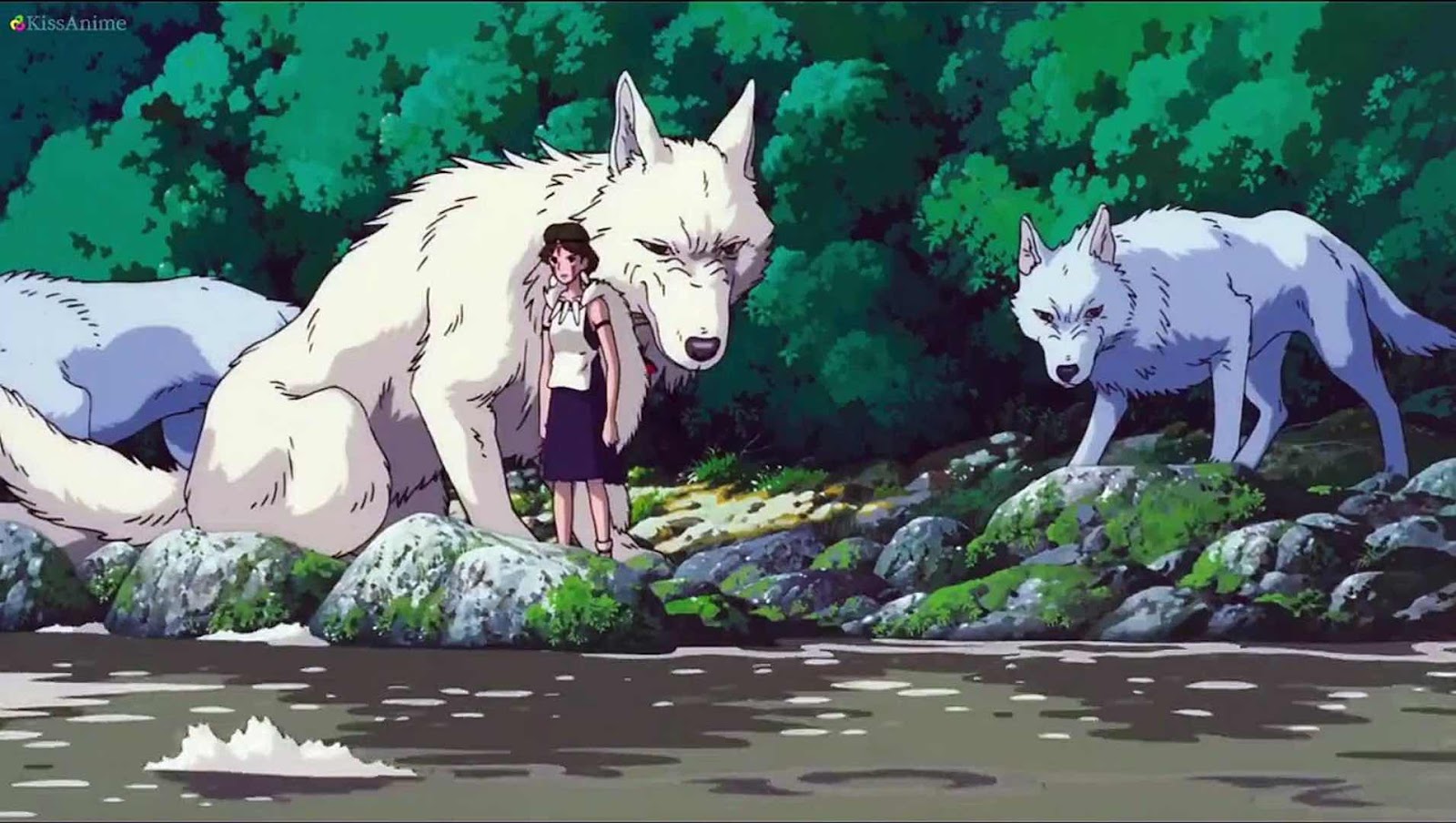 Posted by Aimee at 6:01 PM 0 comments Links to this post

The past week has brought frigid temperatures and a fair amount of snow - nothing like last year’s two and a half feet of snow, but enough to close school since Wednesday. And Monday being a holiday, we have quite a long stretch of being mostly home bound.
The first couple of snow days are always exciting, with a feeling of playing hooky. We play cards, break out the board games, watch movies, and play in the snow. But as the week stretches on, boredom inevitably sets in. The girls are used to three hours of wrestling practice six days a week, and they get antsy and irritable without exercise. The snow goes from pristine sparkly white to dingy grey, and my husband leaves gritty puddles behind him wherever he treads. The house starts to feel stuffy and stale, and we’re out of fresh food and snacks. There’s nothing to do.
Time to get on top of some indoor chores. My mom used to answer every complaint of “I’m bored” by telling me to go clean something, and I guess I must have internalized  it.
My New Year’s resolution was to clean out one cabinet or drawer per week. This old farmhouse has a truly absurd amount of storage; every room is lined with built in drawers and cabinets. Which is great, except that for the past thirteen years, whenever I find myself standing in the middle of a room with an object in my hand that has no designated location, I simply opened the nearest drawer and put it inside. Now every single one of my drawers and cabinets is basically a junk drawer, and all of my stuff is indiscriminately jumbled together and evenly distributed throughout aforementioned ridiculous amount of storage.
So far I’ve cleaned out the silverware drawer and the spice drawer. It’s not as simple as removing extraneous stuff - kitchen drawers and cabinets somehow acquire a sticky layer of grime that needs to be scrubbed off. In the case of the spice drawer, there were enough spices embedded in that layer to make a medieval peasant rich for life. Today, I think I’ll tackle the beverage cabinet. That’s the place where I keep the coffee and coffee accoutrements, tea, chocolate, etc.
Right now its cluttered with empty boxes, crumpled up coffee filters, dusty expired tea leaves, and random bits of kitchen equipment that I haven’t used in years.
It’s also “tend to the ferments” day. Find the neglected jar of kefir in the back of the fridge, strain and wash the grains, scrub the jar and fill with fresh milk. Peel the crust off the sourdough starter, add some new flour and water, and set it in a warm place for a while. Sort through the jars of various fermented experiments that have gotten shoved to the back of the fridge and decide if any of them are worth keeping or if it’s time to give them all to the pigs. Start a few new jars with the vegetables that need to get used up. I found cabbage, carrots, and cilantro, ergo I’m making curtido.
Also a good day to make slow food, so while I clean the cabinet I will be accompanied by the smell of beef bones roasting for the soup we will have for dinner later. My youngest child is keeping herself amused by teaching herself “Two Guitars” on the piano, and my other daughter is in her room attempting “Purple Rain” on her guitar. A homely cacophony as background noise.
Snow days aren’t so bad.

Posted by Aimee at 11:42 AM 0 comments Links to this post