Hope will turn fifteen in October. Fifteen is a major, major birthday in Mexico - in the old days it was the traditional coming of age birthday, when a girl would be “presented to society” and declared eligible for courtship. And it was marked with an extravagant party for the entire community.  Rather like a debutante’s “coming out” ball.
Hope will have her quince at home in October, but her abuelita wanted to throw her a party here as well. It was a lovely affair, just family and close friends, but that amounted to about thirty-five people. We cooked vats of posole (Hope’s requested meal) and Homero surprised her with mariachis. 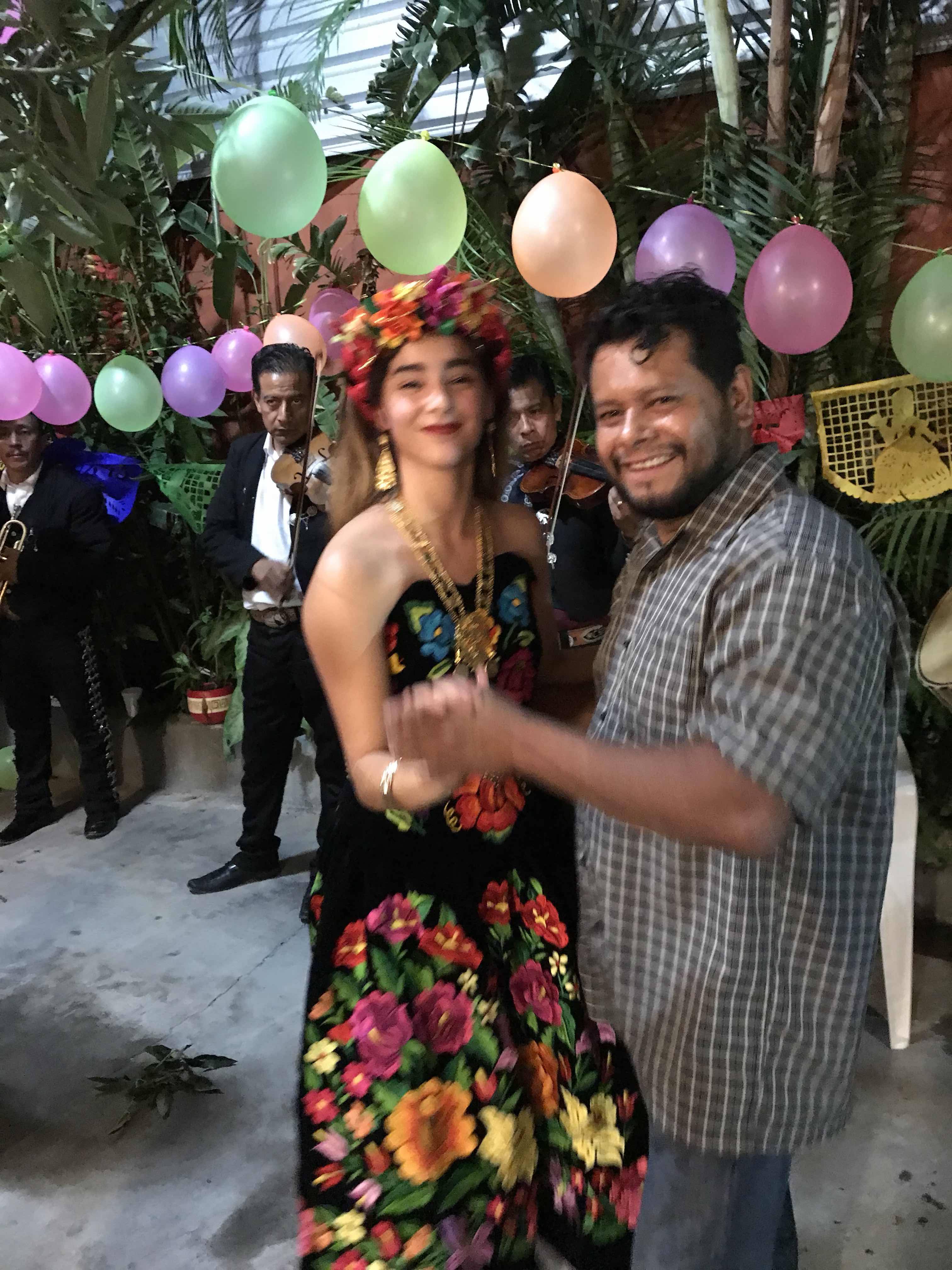 Opening the Waltz with Papa 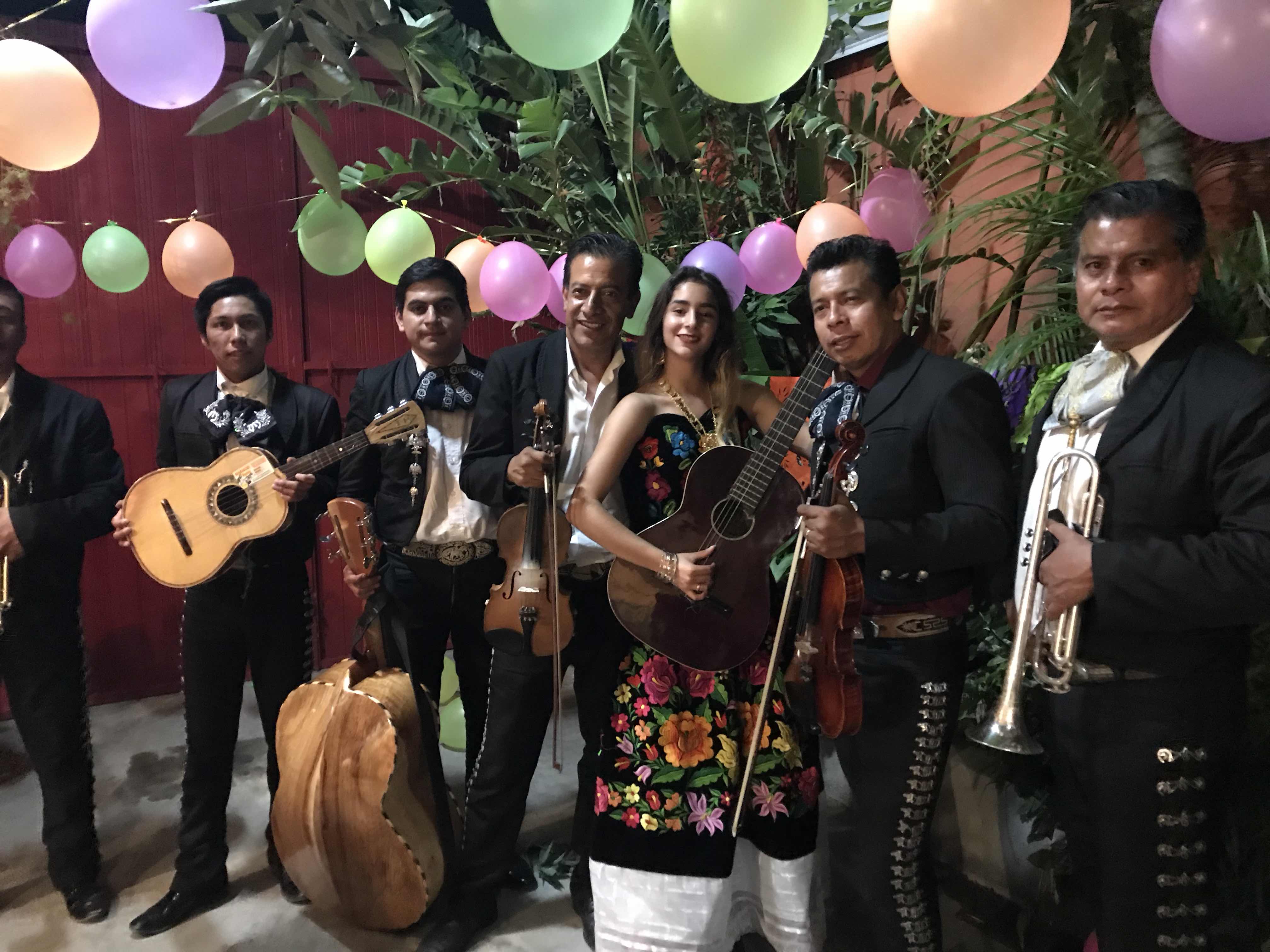 Posing with the mariachis. Hope has become quite a good guitar player, and after the mariachis performed they sat down to eat - as is traditional - and Hope played a few songs. As they were leaving, the bandleader stopped Hope and told her that she has an enchanting voice, plays well, and should never stop. 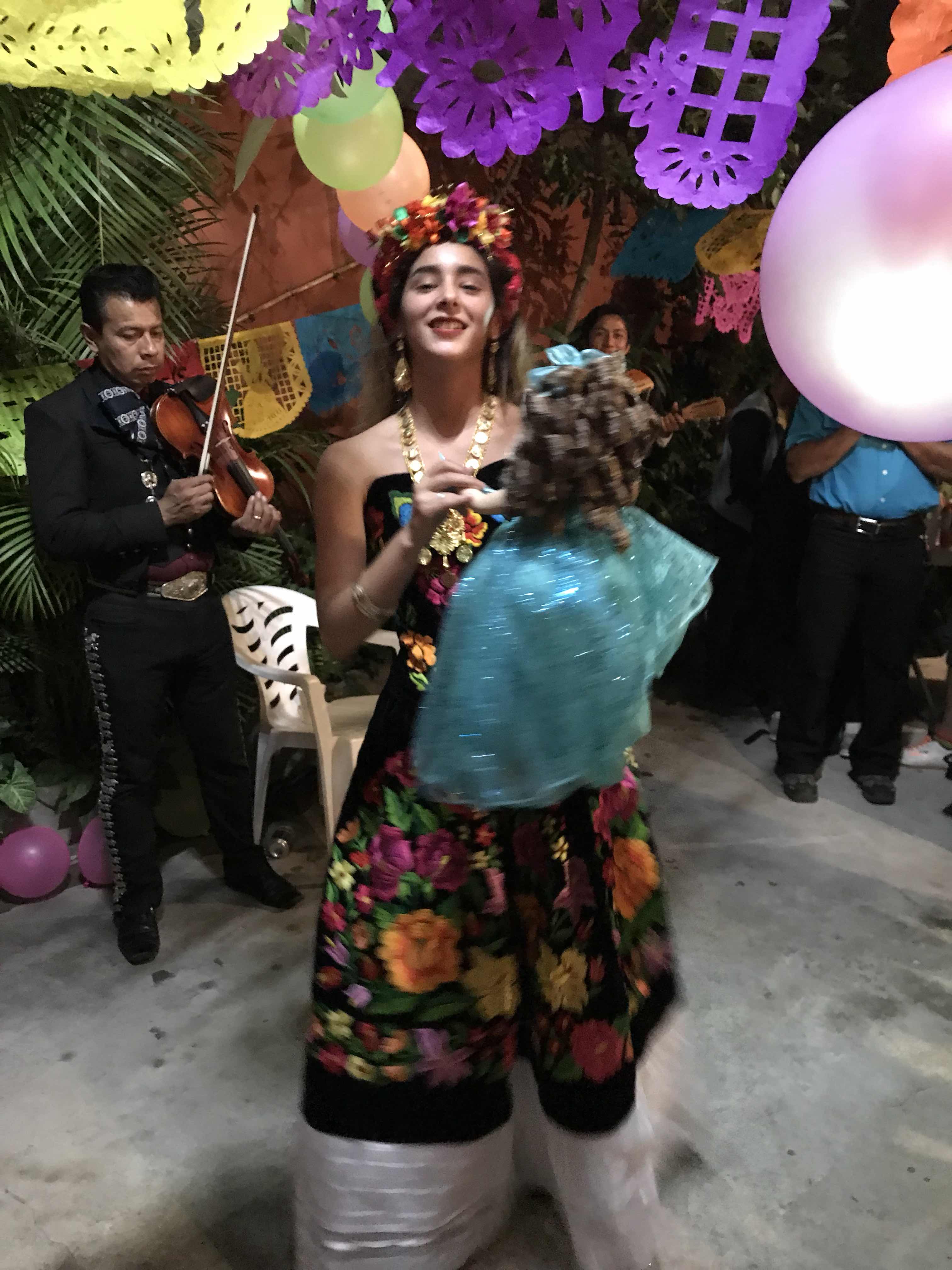 Last waltz with a doll.... this tradition symbolizes “putting away childish things” and becoming a grownup lady.
There’s a lot to be said about Quinces, and I’d love to write a whole post about them. Maybe later, as right now I have to get downstairs and start helping with the tamales.