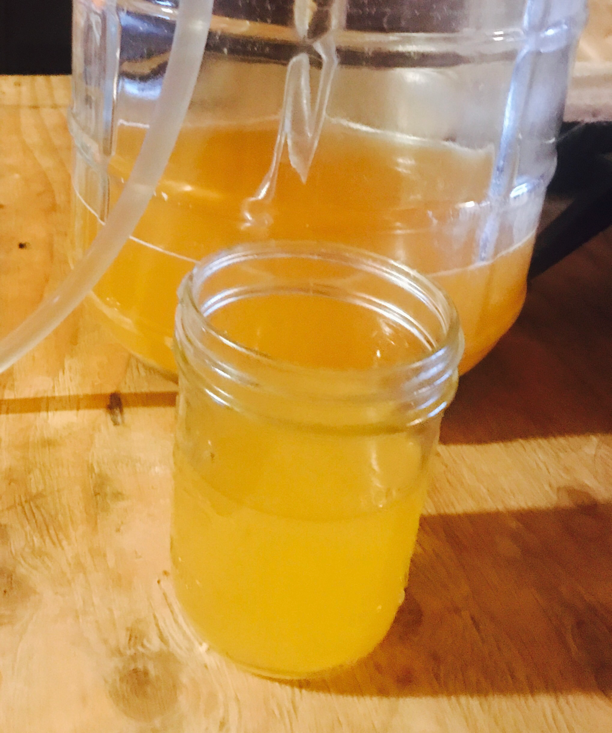 Mainly just notes for myself so I don't forget when I did what. Today I racked the rhubarb wine into a clean carboy. It's been about a month in the first one, and a week in a fermentation bucket before that. I tasted it as a transferred it and it's AWFUL. But that doesn't mean anything. The plum wine was gross at this stage too, and it turned it pretty good. This is only my second attempt at fruit wine. Last year's plum wine was the first. Having never even tasted rhubarb wine before, let alone made it, I have nothing to compare it to. I just had so much rhubarb I had to do something with it. If it turns out horrible it's no big loss - my plant puts out rhubarb enough for as muchexperimentation as I feel like doing.
Also racked the cider into a second carboy.  The cider tastes pretty good already. It's very dry, though. I think when I bottle it in a couple weeks I will add a bit of sugar for a little sweetness and fizz. I like my cider frizzante.
Brewing is fun. It feels like magic.

I have a last bottle of rhubarb wine from a few years back. I'm curious to see how it's aged. I was shocked at what a good white wine it produced the first time I tried it. Right now I have a carboy in the basement that should have been re-racked two months ago - so I'm wondering if I have vinegar instead . . . .

You have a carboy in the basement full of rhubarb wine, as well as a couple of years old bottle? You must like rhubarb wine! Or is it a carboy of something else? How long did you age the rhubarb after bottling before opening it? the recipe I am using said three months.