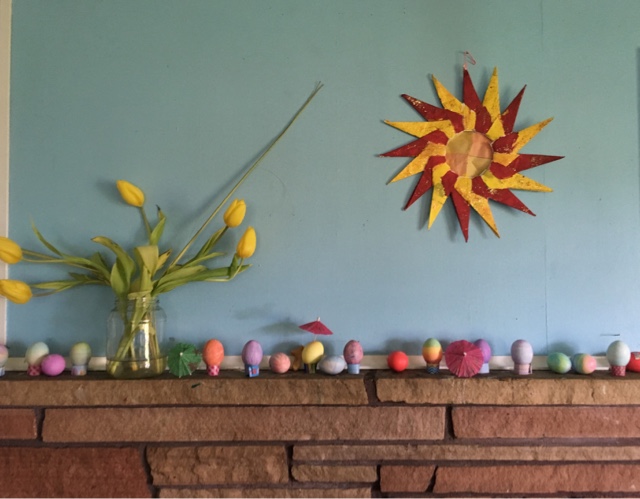 Easter is my favorite holiday of the year. Perhaps because my family always made a big deal out it, or perhaps because I live in a part of the world that has such long, grey, wet winters that the coming of spring is an event heartily longed for. Or perhaps because when I first started to learn about pre-Christian European religious traditions, my first mind-blowing revelation was that Easter was named after Ostara, the word for the vernal equinox, and that that word in turn was derived from Oestra - a fertility goddess whose name also serves as the root word of "estrus," the fertile portion of the menstrual cycle, or what is commonly called "heat" in animals. 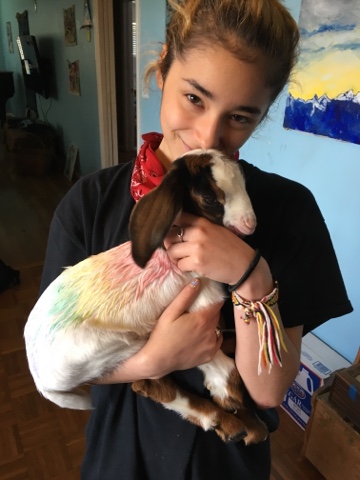 I have since learned that the etymology is suspect.  See the link for an excellent article about the history of the modern pagan holiday:
(http://www.patheos.com/blogs/naturespath/2016/03/a-brief-history-of-ostara/)
That doesn't really matter to me - as the article states, muddiness or even deliberate fraud in the interpretation of the holiday does not prevent it from
serving as the basis for valid spiritual
practice. If it did, Easter itself would have no validity for the billions of christians in the world, being an appropriated holiday. But be that as it may, Easter has become the high holiday of Christianity, the celebration of the triumph of Jesus over death.
Ostara, or the vernal equinox by any of the thousand names it has held in thousands of human societies over all of human history,  has always been the celebration of the triumph of life over death. It is an eternal constant of life in the high latitudes of this planet that spring follows fall, as certain as it is that day follows night.
I'm so glad that I grew up in a four season climate. It makes possible the sacred calendar, and that is the basis of my spiritual life. Easter is the real true new year of my soul - no matter what the calendar says. Happy new year! Rejoice in the color, the bloom, the infant life of the year.

Happy Ostara! May you glory in green.