One of the main things I wanted to do during our six weeks in Mexico was take a significant roadtrip to see some Mayan ruins.

Before Homero and I were married, we lived together in Oaxaca waiting for his fiancé visa to come through. My oldest daughter, Rowan, was seven. During that time, the three of us took an epic roadtrip. Among other places, we visited Palenque, one of the largest and best excavated Mayan cities in Mexico. Ever since I have wanted to go back and see more of the ancient Maya world.
Mexico is bigger than you think. It is WAY bigger than google maps thinks. Google told us, as we were planing our trip, that Chichen Itza is a fifteen hour drive from Oaxaca.
This is late night on day three of the roadtrip and we are still several hours short of Chichen Itza. Luckily, we landed in Campeche - a world heritage site and a beautiful place to spend a day or two recuperating from three days in a van with no air conditioning in July in the tropics.
I had never heard of Campeche as a tourist destination, which only goes to show how much there is to see on Mexico. I'm not going to google it right now, but I think I remember reading that Mexico has more world heritage sites than any other single country.
Campeche is on the south-eastern side
Of the Yucatan peninsula, and has a colorful history full of piracy, conquistadors, and indigenous uprisings. The city was completely walled in the 18th century after being repeatedly sacked and burned by pirates. These walls are largely intact, as are the eight watchtowers that punctuate them. At each watchtower is a small but impressive museum cataloging some aspect of Campeche history. We especially enjoyed the museum of Mayan architecture. 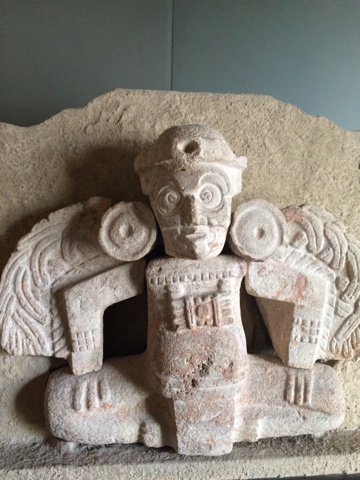 The main city museum - a block away - is also worth a visit. It has a very modern aesthetic, and rounds out a slightly scant collection of artifacts with top-notch presentation. 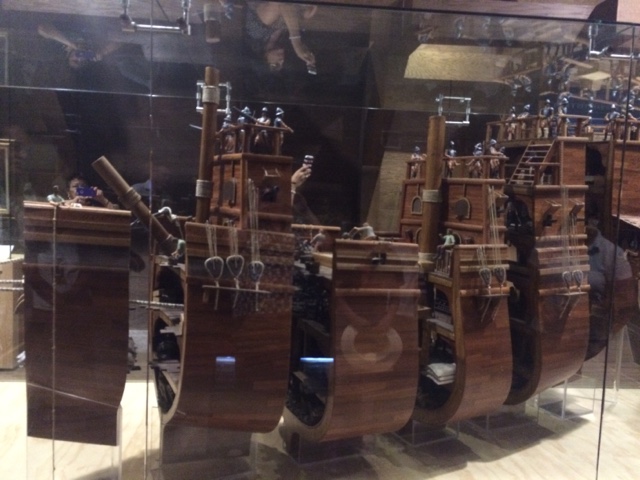 As Hope and I sat in the zocalo this evening - she playing guitar and attracting the attention of young Mexican males; I enjoying a good book and a spectacular sunset - we were startled by the abrupt start of a light-and-sound show projected on the facade of the governmental palace. I guess such things have been standard for a while now in European capitols, but I'd never seen one before. 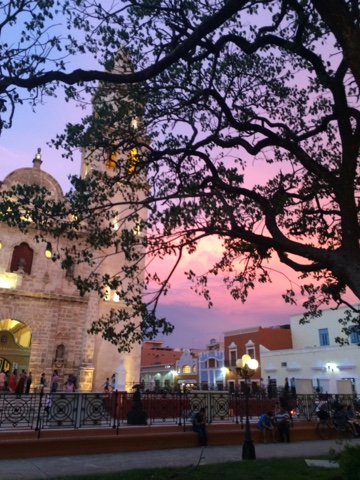 I'll try to post a video but internet is a bit spotty here in my otherwise world-class hotel. If you've seen one before, it needs no description, and if you haven't, than no description will suffice. It was a
Magic Lantern show, parading all
The attractions of the region. Jungle scenes - Spanish galleons fighting pirate frigates- aerial views of Mayan pyramids. All accompanied by typically too-loud music. I loved it.
I can't stress enough how much I love Campeche -even as I recognize it has been cleaned up and sanitized for the high class European tourist crowd. It has just about everything - a beautiful centro historico; nice beaches; world class hotels at bargain prices (we are staying in an eighteenth century palace with high octane air conditioning); excellent seafood; and several large Mayan cities within easy day trip distance. 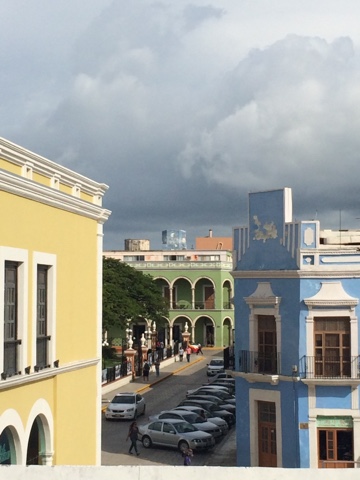 The heat though. The fucking heat. There's just no way around that. Be prepared to sweat buckets. Carry - not water - but pedialyte. If you are tender of skin like me, bring not just a wide brimmed hat and the highest test sunscreen available, but also an umbrella for shade. Even so, be prepared. Know the symptoms of heatstroke and don't fuck around with the tropical sun.
We had no air conditioning in the van, so we bought a five gallon bucket and a few bags of ice at every gas station we passed. In addition to eating it, we dipped our T-shirts in the ice water and put them on.
Tomorrow we leave Campeche for Chichen Itza, and after that we will head back home by way of Chiapas. It's been a great trip so far.