Things I Have Seen Lately 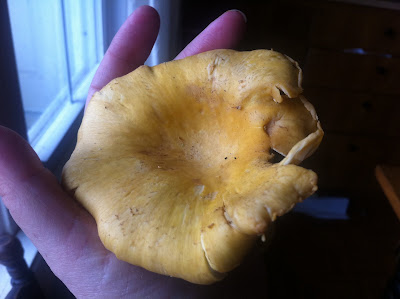 A chantrelle mushroom as big as my hand. I thought I mad missed chantrelle season, but was lucky enough to catch a guy selling the last of the season's chantrelles fro $6/lb. I bought three pounds and ate myself sick. 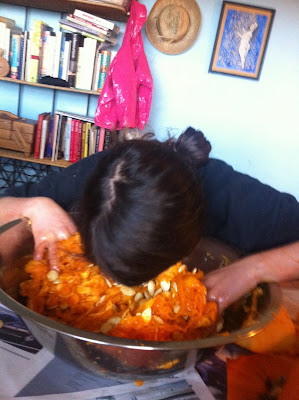 My daughter Hope washing her face in a bowl of pumpkin guts. She goes crazy every year for pumpkin guts. That child is weird. Next year we are going to empty all the pumpkins into a kiddie pool and have her put on her bathing suit and swim in it. 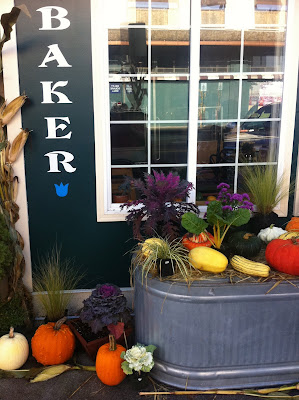 Lots of fall harvest decorations. This handsome storefront (I'm showing only a small part of a large, gorgeous display) is that of a bakery in Lynden. 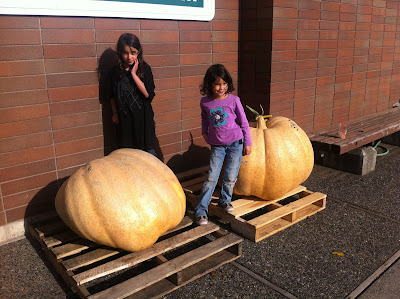 Gigantic pumpkins. These were in front of the bank in Lynden and their weights were labelled. Can't remember, unfortunately, but it was in the eight or nine hundred pound range. We tried to grow giant pumpkins this year but they all rotted on the vine before they even hit fifty pounds. Don't know why. 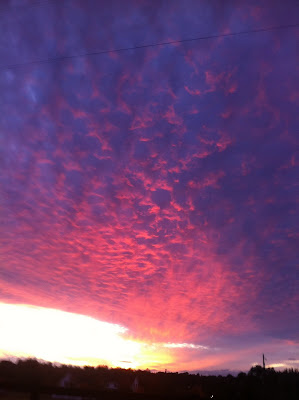 An amazing sunset. We are blessed with great sunsets fairly often, but this one was pull-over-the-car-and-stand-staring beautiful. 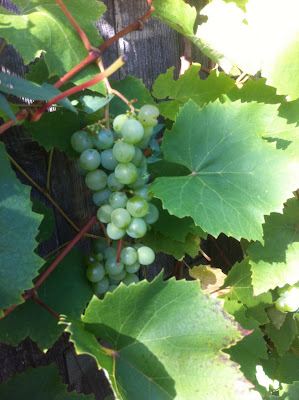 That some people are still enjoying grapes. This was actually a couple of weeks ago. I took a long walk through a bunch of alleys in a cute neighborhood in Bellingham, just to check out people's garden. I am a garden voyeur. I was surprised by all the things that were still out - kale and hardy greens, of course, but also tomatoes, grapes, winter squash.
It's still a season of pretty sights. There's still light out until nearly six o'clock. I'm counting my blessings.

That sunset must rank as one of the best ever
After Hope has finished washing her face in pumpkin innards, wash all the gunk off the seeds and slow roast them in the oven...delicious. Quite a few years ago we used to grow those humungous pumpkins, had a competition with a neighbour to see who could get the biggest one. We elevated ours on a pallet, up off the ground so it didn't sit on the damp soil. That reduced the risk of them rotting out before they reached maturity. Mark (the neighbour) also covered his with an old umbrella to shade it from the sun on extremely hot days. Personally I found the flesh of this type of pumpkin very bland and we finished up feeding them to the animals.

Olive - oh yes we always roast the seeds. I do them in two batches - one with cinnamon and sugar, and one with soy sauce and chile.